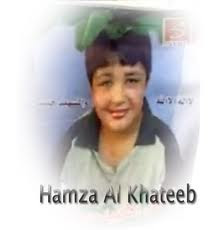 The imperialists and their local stooge dictators are trying to contain the Arab Revolt. In Tunisia and Egypt the revolution has been steered into a parliamentary transition by the military so far successfully co-opting the majority against the more militant minority. In Bahrain and Saudia Arabia the ruling class has used its military to squash protest and to terrorise dissidents with jail and torture. In Libya, imperialism has directly intervened when it was clear that Gaddafi could not defeat the armed rebellion he provoked, and is now trying to contain the rebellion behind a new pro-imperialist TNC regime. In Syria we have a revolution that is facing brutal repression which continues to galvanise mass opposition in the streets leading to increasing splits in the army and the prospect of an organised popular revolution. But the Syrian opposition has not yet learned the lesson of the Arab revolt. Imperialism and its stooges will not give up power peacefully. There is no peaceful compromise. In Syria, then, we see the most advanced front in the Arab Revolution halted by the opposition’s illusions in a peaceful settlement. The fate of Hama is the acid test.

Hama is the key to the fight between the regime and the opposition. The Baathist Regime (which came to power in 1963 based on the tiny Alawite Shia sect) blames all opposition to its rule on the large Sunni majority and radical Islamicists rather than working class opposition to a ruling class dictatorship. The brutal suppression of the Sunni rebellion in Hama in 1982 with 20,000 killed (Robert Fisk’s estimate) proves that the regime only retains power by a dictatorship and cannot be brought down peacefully. Though there are still liberal academics who say that if Assad purges his regime of those responsible for the killings of 1982, and today, then a negotiated settlement is possible.

But the regime's own actions disprove the charge of sectarianism. Its suppression of the opposition is totally indiscriminate; witness the horrific torture, murder and mutilation of Hamza Al Khateeb (picture above). The regime has killed at least 1,500 since the ‘Days of Rage’ in February, and in the last days of July, maybe thousands more.  Promises of ‘new era’ democratic reforms, the lifting the state of emergency imposed in 1963, and planned negotiations, are just ruses to confuse and divide the opposition. These all failed as the demand of the opposition to ‘end the regime’ became more popular. But how to 'end the regime' is less straightforward. Meeting in Turkey on July 17 the external opposition couldn't agree on whether to form a alternative government or wait to see how the uprising went. But they all agreed that it was necessary to use 'civil disobedience' to achieve 'democracy'. Just what 'civil disobedience' means when innocent children are shot in the streets was not made clear.

“As for the domestic opposition, it has fallen short until now and has been slow to organize itself. It is organized into two main groups: the Damascus Declaration group and the National Democratic Gathering. Each group includes several political parties. These groups are the organized domestic Syrian opposition. In addition, youth coordinating committees (tansiqiyyat) today form the backbone of the entire Syrian opposition. Youth are organized within the framework and context of the work and mission they are carrying out: the organization of marches and protests, while also confronting the violence of the regime. They have matured politically. An important document published by these local coordinating committees is until now the best written statement issued by any Syrian side, including opposition political parties. The Union of Coordinating Committees has issued a similar statement, but in lesser detail. It includes over eighty percent of the coordinating committees. Furthermore, the organization now has official spokespersons... Everyone believes in the "three no's" that I mentioned earlier and have one goal. The goal is democracy and the "three no's" are: no to military intervention; no to sectarian strife; and no to the use of arms in any way”. Jadaliyya

A number of individuals and sections from the army have defected, some claiming to have formed a Free Syrian Army. As yet there does not appear to have been any organised armed defence. The central city of Hama became the symbol of this popular opposition when its inhabitants occupied and barricaded it against the entry of tanks for several weeks. But this did not become an armed defence. The situation in Hama opened up the possibility for the formation of armed defence squads to man the barricades against the tanks and defend the city of 800,000. Here was an embryonic commune that could have created a militia to defend itself. But it did not; the ban on arms remained and the lessons of other revolutions, including Libya, were not heeded. Clearly this reflects a class contradiction between the liberal opposition reluctant to resort to arms for fear that this will be used by Assad to justify his armed suppression, and radicals who have sworn that Hama will not be destroyed again as it was in 1982. How they would do that without resorting to arms is unclear. It is likely that Assad knows that the pressure to arm the opposition is building and has now turned once again to open repression to target the militants. On the 29 of July the regime moved its tanks in shooting indiscriminately at protesters and dwellings.
What are the lessons?

The liberal view of the revolution is that the regime must either increase the level of violence or negotiate a settlement. It argues that once the merchants, businessmen, professionals etc. side with the opposition Assad can negotiate the terms of ‘democracy’.  But it is obvious that for the masses it is too late for that, especially after the new attacks at the end of July. The call for the ‘end of the regime’ now means all of those who have been implicated in the regime over its bloody history. It’s not a situation like Egypt where the army feigned neutrality and staged a quiet coup. The army is too far embedded in the Assad Regime as most of the officers are Alawites loyal to Assad. There can only be two outcomes.

1. Either, the regime uses total violence and kills 10s of thousands, forcing many more into exile or underground. This may or may not spark military intervention. If the UN decides to intervene under some ‘humanitarian’ resolution, the imperialists will substitute a UN authorised puppet regime in the place of the Baathists to make a ‘transition’ to democracy. This does not change the outcome, as only imperialism's local agent is changed. The Baarthist dictatorship is replaced by a UN sponsored military ‘protectorate’. 2. Or, the opposition organises an armed insurrection, wins over large sections of the ranks of the army, makes clear that those who killed innocent civilians will face justice, but offers amnesty to those who have not taken an active part in the killings. In this way the people can form a popular militia capable of taking power and forming a government based on the working class and poor peasant masses and defeating any attempt by imperialism and its gendarme, Israel, to stage a military counter-revolution.


Revolutionary Communists (not Stalinists, Maoists or phoney Trotskyists who have betrayed the cause of communism) call this process Permanent Revolution. It is based on a transitional program which first raises immediate democratic and economic demands in order to demonstrate in practice that to achieve these a working class revolution is necessary. Thus we support the democratic demands but say that even these demands for ‘freedom’ of speech, assembly, the rights of citizens, workers, etc cannot be realised by any bourgeois government in Syria. To do so would be to give the masses more control over the economy and put limits on the ruling regime’s profits from the economy that has undergone neo-liberal reforms. Such neo-liberal reforms cannot be removed without the nationalising of the economy under workers control.

Already the revolution has proven this to be correct. Basic democratic and economic demands have been met with military repression. And despite recent talk of a ‘new era’ of reforms, this has been a bluff, and the military has again moved into the cities and towns to smash all resistance. It is necessary to reject the call for ‘no arms’ and build armed self-defence committees. It is necessary to organise all those who defect from the army, to get access to their weapons, to stage mutinies and the taking over of arsenals.

In this way a People's Militia can be built capable of resisting and defeating Assad’s mercenaries. To do this it is necessary for the youth committees to take the leadership. Even in the absence of a world revolutionary party, that leadership needs to understand the necessity for a Transitional Program: to call for a national assembly of all the organisations in struggle including the youth, workers, peasants and soldiers committees, to put forward a program for a workers government based on representatives of all the committees of workers, peasants and oppressed people.

For a World Party of Socialist Revolution based on the Transitional Program of 1938! For a Workers and poor peasants’ Government in Syria and for a Federation of Socialist Republics of the Middle East!
Posted by Dave Brown at 12:56 PM