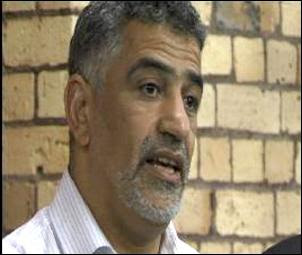 The New Immigration Bill is due back from Select Committee on July 21. The Labour-led government proposes to pass it before the house rises for the election later this year. This is an extremely bad bill that continues the reactionary anti-terror legislation passed by this regime after 9/11 designed to stop people entering the country who may be 'terrorists'. It is designed to remove all rights from intending migrants or refugees on the basis of a refusal by any other country to admit a person for any, secret, reason. It is another case of removing basic democratic rights to protect 'democracy'. It is the Labour governments answer to the embarrassment caused by the Ahmed Zaoui case. It is determined that there will be no more Zaouis. Gordon Campbell who investigated the Zaoui case and exposed the fake evidence used against Zaoui, has written an excellent critique of the worst features of the new Bill, plus a follow up. We reprint here the short article we wrote on the introduction of the Bill in Class Struggle 74, September/October 2007.
-----------------------------------------------------

The new Immigration Bill gives officials sweeping new powers to control who is allowed into the country. They can use face scans at airports to vet entry to New Zealand. Random biometric identity checks such as fingerprinting and iris scans will make sure whether travellers are really New Zealand citizens. According to Immigration Minister David Cunliffe the law will "strengthen border security", in other words, deport those thought a "risk to New Zealand's well being". The extended powers for officials include greater powers of search, entry and detention without warrant. The most significant measure will be the use of secret information that can be concealed from the person seeking entry. The Bill seeks not only to legitimise the secrecy used against Ahmed Zaoui but also to eliminate any effective right of appeal.

Zaoui was subject to the use of secret information that he could not see or challenge as well as special advocates who would be sole party to the secrets. The invoking of secrecy was justified by the claim that Zaoui was a risk to national security, and so he was denied basic human rights.

The new Bill extends and hardens the measures used against Zaoui. Under the new system the definition of classified information is broadened. Information can come from wider sources than the Security Information Service (SIS). It can come from the police and other government agencies, or even gossip or malicious information from rivals.

The experience in North America has shown the use of secret information in refugee cases leads to highly suspect decisions. In a major refugee case before the US courts, it emerged that secret evidence relied on by the FBI had come from an angry estranged spouse. The Canadian courts see the use of secret information as a violation of natural justice. But New Zealand is taking the opposite path while masking this through recent decisions in two high profile cases.

The Labour Government appears to have liberalised the controversial rules on immigration in its handling of two cases, one being Zaoui, the other case Iranian hunger striker, Ali Reza Panah.

Ali Panah is an asylum seeker resisting deportation on the grounds he fears for his life in Iran after converting to Christianity. He has been released from prison on bail conditions ordering him to start eating. The Government did not want to be blamed for his death from starvation.

The Government released Zaoui after deciding he was no longer a security risk. When he arrived in December 2002 he claimed political asylum but was imprisoned while he was investigated as a risk to national security. Although he was recognised as a refugee in August 2003 by the Refugee Appeal Authority, this was an embarrassment to the Labour Government still claiming he was a danger to the country.

The turnaround is based on "new evidence" which is a weak excuse to cover the Government's embarrassment they could no longer sustain their position. The new evidence is according to the New Zealand Herald report - is that Zaoui had given the CIA information on his former colleagues. But of two exiled leaders of the FIS, Anwar Haddam is living openly in the USA while Samir Bennegadi has a security clearance to work in a nuclear facility in Sydney. Neither likely candidates for providing Zaoui with up-to-date security information. It seems that the Labour Government is trying to smear Zaoui and win brownie points with the Bush regime at the same time. But who knows? It’s a secret.

The Bill will "streamline" the appeal bodies. The Refugee Status Appeals Authority which granted Zaoui refugee status will be scrapped. Despite the Residence Review Board finding the high number of decisions by the Immigration Service to have been incorrect, the Board will be scrapped and the Service function unimpeded by checks through appeals.

The major immigration policy change in the twentieth century was in 1986, when the Labour Government as part of its deregulation of the state sector, deregulated immigration. New Zealand was opened up to an international flow of capital and also a movement of people. We reversed previous law that relied on migrants from traditional source countries in favour of economically productive migrants. New law/policy aimed to make NZ colour blind. We assessed the suitability of potential migrants on skills and financial aptitude. With the new policy, New Zealand attracted large numbers of migrants from the Asian Tiger countries that we traded with. Winston Peters incited an alarmist reaction in insecure groups in the community such as Maori and elderly whites who feared being overrun by Asians. The Government modified its policy on entry through the 90s and into the new century, trying to balance economic needs with appeasing their xenophobic constituency.

Then the ‘War on Terrorism’ after 9/11 increased the concerns over refugees and made security a priority. New Zealand accepts 750 quota refugees a year. These are screened by the United Nations High Commission for Refugees. The refugees off the Tampa came under this quota. NZ also accepts refugees who arrive at our borders seeking political asylum. But these are now scrutinised closely. Zaoui found loopholes in the law. These are now going to be closed under the new law. Stop it!

A new website it up to coordinate opposition to this Bill

For the workers to live, capitalism must die!

Our immediate needs demand a revolutionary program. No market socialism, no fake Marxism, no reforms that cannot change anything –like carbon trading which is business as usual. Carbon trading has been upstaged by human starvation. What if the stink is not methane released by global warning, but the stink of human corpses.

Who’s going to clean up the stink? Well the workers are not dying on their bellies holding out their hands to parliament, but dying on their feet facing the riot cops and the bosses’ armies. What they want now is food, houses, and jobs. They are rapidly learning that what they will
have to do to survive is overthrow the capitalist system and replace it with socialism.

Emissions are the not problem, starvation is the problem. And the cause is not global warming but global profiteering. The cost of food is not due to any shortage but the failure of capitalist production to meet demand for food when it can profit from biofuel, or speculating in hoarding food and fuel.

To get the food and the fuel we need to get control of the production system. There is no way we can do this without destroying the market which puts profits before people, and replacing it with a planned socialist economy.

Socialist planning can start to cut carbon emissions the day after the capitalist system is overthrown. First on our list are big oil and gas, second agriculture, third banks and fourth industry. Attempt to tax big oil and gas to force them to adopt clean renewable energy is utopian. They will not do it as the decline in investment in alternative fuels by big oil shows. Big oil and gas must be nationalized without compensation under workers control.

To do this we need a party and a program that is capable of leading the proletariat in its struggles against capitalism all the way to the socialist revolution.


Action Program on food and fuel

The Trotskyist Transitional Program has the method we need to make an action program for workers to fight for our needs today. By fighting for food, fuel, housing, jobs, wages, workers will learn that to win these demands we must mobilize the working class and its allies as a force capable of taking power.

The main transitional demand to face falling wages and rising prices is the sliding scale of wages and hours. Wages must be pegged to inflation and hours reduced without cuts in pay to provide jobs for the unemployed. However, these are not enough to confront rapid inflation
such as workers face with rising food and fuel prices.


• For state subsidies all food and fuel prices so they can be afforded.
While some regimes (Egypt etc) have introduced subsidies, no nation state can keep the price affordable to the masses. In NZ the unions should demand that the Labour Government immediately remove GST (goods and services tax) from food and fuel.

• Nationalise large capitalist agricultural businesses under workers control.
Large capitalist corporations that employ managers and wage workers should be nationalized without compensation and placed under the management of the workers. In NZ, Fonterra and other cooperatively owned companies would not have their producer shareholdings nationalised, but they would operate in partnership with a state shareholding that reflects the real level of state investments in food production.