May Day message to the world working class from South Africa 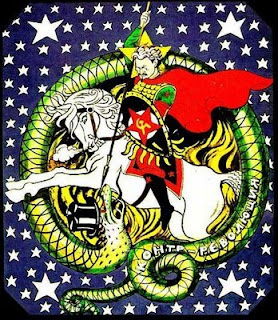 The handful of capitalist parasites are plunging the over 5 billion working class and fellow poor, into the abyss. For several decades there has been no real productive growth in the world economy. The control of the world by monopoly capitalism (imperialism), as demonstrated by so-called Anglo Boer war 1899-1903, ushered in an era of wars, civil wars and revolutions.


Today is no different: over 80% of the world's arable land is under the direct control of the world's monopolies- thus they are in a position to shift their burden of falling profits onto the working class- the capitalists know that we can do without many things, but we must eat. Thus the drive by capital through increased prices in food, transport and housing. Thus we have the massive increased attacks by the capitalist class to lower wages and to retrench millions more.

Around the world, the working class is resisting these attacks.

The uprisings in Guadaloupe, Martinique, Madagascar, Zimbabwe, Greece are all signs that the working class is starting to go on the march, to resist the crisis of capitalism being placed on the shoulders of the masses.

The monopoly capitalists are attempting with various strategies to control the working class. In South America and South Africa, they use Popular Fronts (alliances of capitalist parties with the trade unions) to control the masses. When uprisings occur here, the popular fronts increasingly use the fascist jackboot. In the last year fascists took over half of Bolivia. The so-called socialist Morales, allowed the peasants and workers to be massacred; the Morales regime brutally put down a strike by the Huanuni miners- some were killed. The bolivarian regime of Venezuela and the popular front of Lula in Brasil supported a pact with the fascists that has in effect divided the country into half- giving control in part to the fascists. There are some activists in South Africa and elsewhere who want to import the bolivarian regime. This will be a huge mistake.

In South Africa, the crisis of housing reflects the start of the resistance of the working class to the attacks by the capitalists; from Delft, Grassy park, to the Durban Abahlali to Kliptown and Alexandra, the working class has started the resistance; these fights for housing for all and jobs for all needs to be placed on the agenda of all unions so that the unemployed and employed workers join in common fight with common fighting committees (the fights against retrenchment and against high prices also needs to be placed on the agenda of all unions). But without a decisive change in leadership of the unions the working class will be left isolated in struggle. Thus the fight to put broader struggles on the agenda of the unions, it is important to build action committees of employed and unemployed workers, which unite the struggles against high prices, for housing, against retrenchment and for jobs for all. These workers committees should spearhead the resistance to the capitalist onslaught.

There has been growing international support for the scrapping of the sentences of the Kliptown 5 (activists who were sentenced for alleged public violence when the masses rose up for houses 2 years ago- these activists received 2 year suspended sentences. In Kliptown there is a huge squatter camp next to the multi million rand white elephant called Freedom Charter square and a 4 star Holiday Inn. Messages of support have been received from the Leninist Trotskyist Fraction (FLT) [which has a presence in Chile, Bolivia, Argentina, Peru, Brasil and New Zealand; the FLT has spearheaded the campaign in South America and New Zealand in defence of the Kliptown 5 which has resulted in messages being received from the Federal University Local in Cochabamba, Bolivia, from the heroic workers of the Brukman factory in Argentina [the workers took over the factory by force when the bosses unilaterally closed it] and from the Central Union of Bolivia (COB)- the message is appended below.

The FLT and WIVL have begun a process of joint programmatic work and discussions with a view to uniting the revolutionary fighters from South America, New Zealand and South Africa. This is but part of the same process of the fight for the rebuilding of the Fourth International. Without the coming together of the vanguard working class fighters from the imperialist centres, from Eastern Europe, the former Soviet Union, from China, from all the former deformed workers states and the colonies and neo-colonies, the struggle to defeat the capitalist offensive will yield only temporary gains. The WIVL makes a call for all principled working class fighters and groups to join with us in the fight to turn the current offensive of capitalism-imperialism into an offensive by the working class, in the life and death struggle, for Socialism.

To the comrades of the WIVL (Workers International Vanguard League) and the 4 activists sentenced for their participation in struggle for better housing and living conditions of the people.

The workers of the Bolivian affiliates of the COB (Central Obrera Boliviana) hereby present our moral and material support for the cause that you are struggling for and which today has led to the imprisonment of your cadre, who are victims of demagogy, which is a worse form of fascism and veiled iron fist against whomsoever encourages people to stand up for their rights, a struggle we have been busy with since 1955 when we were formed; such social responsibility as housing is today is being neglected by those representatives and defenders of capitalism- they have only one response and that is to criminalise the struggle of those activists who are reclaiming this right to housing, etc.

We, together with yourselves, have only one way to fight against those who greedily cling to power for the benefit of a few while on the other hand the masses are claiming their rights; we dare not lose hope or abandon our struggle and in the spirit of workers internationalism we most energetically raise our condemnation, our protest against the ANC government of South Africa, who is abandoning the people and imprisoning those who reclaim their basic rights.

Comrades, the way forward of our struggle is clear: for a socialist revolution!

DEATH TO THE DEFENDORS OF CAPITALISM!

VIVA THE STRUGGLE OF THE WORKERS!

FOR THE COMPLETE FREEDOM OF THOSE WHO ARE IMPRISONED FOR DEMANDING DECENT SOCIAL CONDITIONS AND BETTER CONDITIONS OF LIVING!

DOWN WITH THE ANC GOVERNMENT OF SOUTH AFRICA!