ZIMBABWE: RELEASE THE 52 COMRADES AND DROP ALL CHARGES! 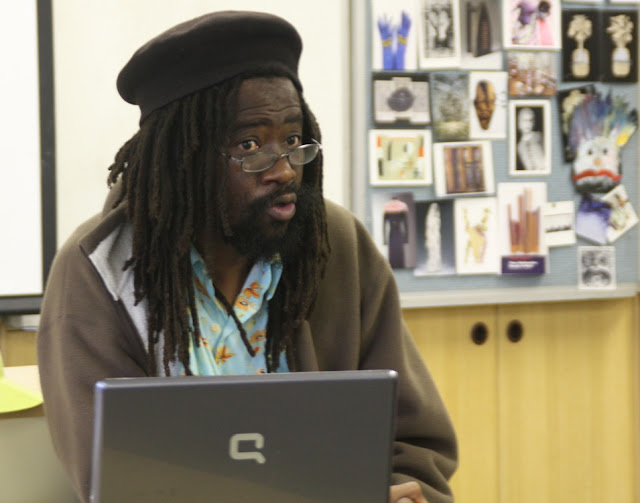 The International Socialist Organization of Zimbabwe (ISO-Z) condemns in the highest possible manner the arrest of the 52 comrades and demands their immediate release and dropping of the so called treason charges.

The arrest by the ZANU controlled security machinery clearly exposes the fear of elements of the imperialist controlled Government of National Unity (GNU) and this must be seen as an attempt at pre-empting any action by the working people as a response to the growing exploitation and degeneration of the capitalist imperialist system that has ruined the lives of so many. ZANU is really afraid of the repetition here of events still rocking the middle east and promising to engulf the rest of Africa, that has seen Mubarak go and the imminent fall of Gaddafi. On its part the MDC is desperate to control any regime change agenda and is wary of mass protests which it knows will go beyond its neo-liberal capitalist agenda and demand an end to the capitalist system.

It’s obscene that the police could arrest people over a video session and claim that it was a meeting to plot the downfall of the falling coalition regime that has been seriously discredited in the eyes of the workers, students, peasants and the urban poor. But what is revealing is that the regime is so fearful to the extent of harassing groups bent on eliminating only the worst features of capitalism and therefore act as the left leg of the regime in its delicate attempt to manage the economy for both the US and Chinese imperialism.

The political alliance by the main political parties, out of political calculations, clearly fails to offer any respite to the masses in this country. ZANU (PF) working on behalf of emerging Chinese imperialism was forced into any alliance with the US/UK sponsored MDC party in order first to resolve the worst aspects of imperialism and therefore stall popular action by the masses as well as best prepare each party for exclusive rule. To all intents and purposes this alliance can be best described as a ZANU based coalition government with ZANU firmly in control of the security machinery, the judiciary, the SADC grouping and the emerging lucrative diamond industry. Hardliners in ZANU are calling for an end to this settlement  arguing that the original goals of using the MDC to stabilize the economy and decapacitating opposition have been achieved.

On its part the MDC is in a serious dilemma as witnessed by its ambivalence on the constitutional reform process which has been dominated by ZANU using its control of the security apparatus and better organizing skills. The call for elections has exposed the MDC which knows that any election that ZANU has to win will invariable be characterized by violence and rigging even in the presence of a SADC brokered roadmap on elections. With ZANU stalwarts now controlling about 30% of the commercial land and their conversion into a national elite it is impossible to imagine an electoral defeat for ZANU and all it has to do is adopt a scenario midway between the March 29 elections and the 27 June run off that will allow for minimum electoral reform coupled by less severe coercive measures.

This brief scenario exposes the inability of capitalism to resolve the crisis in favor of the working class and its allies in this age of global imperialist degeneration. The masses must organize and pose demands that go beyond salvaging the capitalist system and learn from the recent uprisings in Tunisia and Egypt where the protests where controlled by groups seeking only regime change and giving room to imperialism to determine the nature of the end result which will invariably see the continuation of the inhuman economic exploitation.

The working class must adopt a revolutionary program that guides it towards the conquering of political power as a means to socialize the means of production and ensure a decent life for all. As ISO (Z) we pose the following demands as a means of resolving the national question in the context of the global economic crisis:

1) A sliding scale of wages and prices.
2) Price controls on all basic goods and services.
3) No to privatization of state companies and the nationalization of key sectors of the economy especially the banking sector in order to fund agriculture and mining.
4) Redistribution of all land to poor peasants without compensation.
5) Initiation of state projects to employ the unmployed.
6)Convening of a working peoples convention made up of delegates of workers commitees, peasants represantatives, students represantatives, neighborhood committees and the rank and file of the military to write a new constitution.
7) Creation of an armed workers government to fulfill the above demands as the national bourgeoisie can not defeat imperialism.
8) No to US led and Chinese imperialism that has ravaged the lives of the masses.
9) No to reformism, opportunism and sectarianism.
10) No to Stalinism and fake Trotskyism.
11) Build a revolutionary ISO (Z) as part of a revolutionary international.
12) For a strong revolutionary international center.
13) A revolution in Southern Africa and Africa as part of the international revolution.