The Roots of Fascism 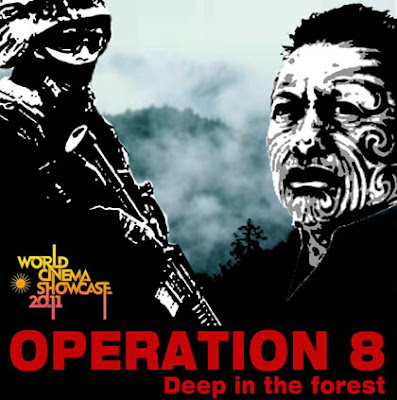 In a crisis capitalism faces the outrage of the unruly masses. This is because the capitalists want the workers to pay for the crisis and they resist. The Arab revolution has got the imperialists worried. It is being fought for those same ostensibly ‘Western’ values that have been rubbished constantly over the last century as imperialism has backed dictatorships in its client states. How to keep the lid on the unruly democrats? No longer can they install and remove dictators without the masses appearing in Tahrir (Liberation) Squares to protest.

Not only that, when dictators unleash their special murder squads Tahrir squares turn into the peoples’ militias. In Libya and in Syria the pro-democracy uprising has become an armed struggle which opens the potential for socialist revolution. Even to win basic democratic rights it will be necessary to confront and defeat the state. Imperialism is therefore constrained to keep the lid on by posing as ‘democratic’ (bombing for ‘peace’ in Libya to ‘protect civilians’) and thus converting ‘pro-democratic’ resistance to its military intervention into a threat to ‘democracy’ i.e. terrorism or crime.

Recognising this, the democrats try to be ‘non-violent’ to avoid being demonised as ‘criminals’ or ‘terrorists’. Imperialism hypocritically demands pacifism from its democratic opposition while it indiscriminately bombs and strafes its enemies! Capitalism criminalises political opposition using anti-terrorist laws, torture and murder all the time claiming to be defending the values of family, society and civilisation. But in reality those values are based on exploitation and oppression. The patriarchal family is the backbone of the ruling class and capitalist dictatorships. The bourgeois family is not only the source of unpaid domestic labour, it is the main bastion of authority in the capitalist state.

We can see historically that the patriarchal family (both in its pre-capitalist and capitalist forms) is a compost heap that gives root to the authoritarian psychology that can be manipulated and turned against a revolutionary working class. In Aotearoa this has a long history as petty-bourgeois and farming families facing the disorder of the frontier, the land wars, and the volatility of agriculture have often been used (by reactionary politicians, etc) to whip up fear and repression of both Maori Whanau and iwi such as Parihaka and Tuhoe and working class families during periods of class struggle.

This is the poisonous patriarchal soil of fascist reaction against the militant labour movement and the threat of socialist revolution. Stevan Eldred-Grigg shows how NZ experienced a wave of pro-imperialist militarism before the First Imperialist World War when middle class and gentry dressed their children in military-type uniforms and gangs of middle class youth physically attacked socialist and anti-war meetings (The Great Wrong War, 19-25). This was in the context of a virtual class war that reached its climax in the use of farmers enrolled as special constables 'Massey's Cossacks' to attack striking workers.

Under capitalist crisis the family starts to breakdown. Poverty and unemployment, or what Marx called ‘immiseration’ sets in. Working class families produce ‘unruly’ children. The second line of authority is the schools and then after that the workplaces. These institutions use their authority to maintain the capitalist order. But when class struggles break out undermining these institutions the state has to step into the breech to politicise and criminalise the dissidents. It starts to actively repress working class resistance to capitalist rule by ramping up the legal penalties for dissent and arming the police to arrest and lock them up as in case of the Urewera 18.

Fascism typically is a response by the capitalist state to the threat of a growing revolutionary working class. It harnesses the traditional values of family, race and nation to organise petty bourgeois and lumpen workers to divide  the working class and isolate the militant threat to 'national order'. In NZ fascism is rooted in the family values of the bourgeois family where patriarchal values of male dominance over women are reproduced. For example, the NACT (National-ACT-Maori Party Coalition Government) MP Paul Quinn’s slagging off of drunken women recently is all about shifting the blame for rape from men to ‘unruly’ women.

Secondly, fascism is rooted in the historic racist values of white settler society in civilising the barbarism of Maori society.The split in the Maori Party reflects the ongoing racist nature of NZ society. The Maori Party has joined the NACT regime which represents the property owning new gentry and finance capitalists as defenders of the 'nation', as contemporary kupapa - Maori who fought on the side of the settlers in the 19th century. Te Mana on the other hand represents Maori workers who are the most exploited and oppressed section of the working class. Te Mana therefore represents a potential threat of a militant working class to the ruling class and has to be cast in the role of the 'barbaric', 'uncivilised' and 'dangerous' threat to the 'nation'. To illustrate this point a recent cartoon in the NZ Herald by Emerson depicting Hone Harawira as a dangerous half-breed dog on the loose is a clear incitement to racism to brand Te Mana as the enemy of the nation.

Fascism also uses the time honoured methods of ‘sectioning’ or jailing working class dissidents. ‘Sectioning’ refers to labelling people as ‘mentally ill’ and hospitalizing them under a section of the Mental Health Act. The NACT regime is about to launch a pre-emptive attack on the ‘unruly’ in the form of diverting around half of disability and sickness beneficiaries into the mental health system (see Welfare to Workfare in this issue). This is an attack on the rights of beneficiaries to an income without being coerced by the state to work or accept ‘treatment’. Police in Christchurch following the earthquakes have already shown what we can expect. They have the discretion to lock up anyone who is ‘disorderly’ on the grounds of a risk of harm to themselves or others. Christchurch police even went to the lengths of beating up an autistic youth they arrested for theft of light bulbs.

Historically  workers oppose fascism by fighting all attempts to smash the working class movement. This means forming self-defence organisations like Greek workers are doing today. Against the powers of the capitalist state to divide and rule it, the working class has its own power as THE class that creates the wealth and which can protect its interests by taking control of production and of society. It has the capacity to replace the bourgeois family with cooperative and collective labour. The tiny parasitic class of capitalists then finds that its power and wealth dissolves back into the dead labour of generations of workers which when expropriated by the working class becomes the economic base of a socialist society.
Posted by Dave Brown at 11:03 AM