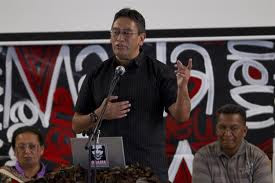 The Mana Party is the brainchild of the reformist left that sees the time is ripe to challenge Labour and mobilise against the New Right. Leading players include leader Hone Harawira, Chairman Matt McCarten, Maori lawyer Annette Sykes, pakeha radical Sue Bradford and pakeha activist John Minto. They are all democratic socialists or reformists who see social change being won through trade union and parliamentary struggle. They see that there is a rising tide of opposition to the NACTs but no Labour Party fightback. There is a danger that young workers, especially Maori youth who face terrible unemployment, family breakdown, alienation and self-destruction, will bear the brunt of the rabid extreme rightwing agenda that another NACT government will unleash on the working class.

The Mana party is the ideal vehicle to rally workers both Maori and non-Maori against these anti-worker attacks. Harawira’s mana with Maori workers survives despite his taking his grassroots activism into parliament. Harawira organised the 2004 Foreshore & Seabed (F&S) Hikoi. It was a great move but instead of staying on the streets it headed for parliament. It got co-opted by Turia who resigned from Labour and used her by-election victory to launch the Maori Party (MP) and join forces with National to defeat Labour's F&S Act. At the time we argued that instead of going to parliament Harawira should have taken his fight into occupations of the F&S that could be supported by Maori and non-Maori workers thus advancing the unity and strength of the labour movement. After nearly 3 years of sitting in the anti-worker/ anti-Maori NACT/MP govt Harawira finally reached breaking point and resigned. His break with the MP and forming Te Mana to force a Te Tai Tokerau by-election, created the opportunity for leftwing reformists to act.

Harawira has a history of activism as a Maori nationalist. This led him into the Maori party where Maori nationalism was the uniting force. But Te Mana has appeal to non-Maori youth and other activists too. Has Harawira realised that Maoridom is divided along class lines that he must represent Maori workers against the MP representation of iwi capitalism? Perhaps he now agrees that only a united working class can advance the interests of Maori workers. This realisation would sit well with that of Matt McCarten, the Maori President of Unite union, and Mike Treen, the pakeha National Secretary of Unite. Unite under their leadership has recruited around 8000 young lowpaid workers in the last 5 years many of them young Maori and Pasifika as well as recent immigrants.

Te Mana is the ideal vehicle to project Unite’s politics into parliament. McCarten is a tried and true politician who took the Alliance into a decade of parliamentary dead end deals but still has huge mana with political activists. Mike Treen, a long-time supporter of Fidel Castro and Hugo Chavez, argues that Te Mana is a progressive step towards the overthrow of NZ capitalism. He offers a more hard left alternative to the dominant parliamentary focus of Mana seeing socialist revolution as the ultimate goal of its program. Treen therefore offers to young activists turning left the scenario that paints Mana as a radical breakthrough in NZ politics.

Te Mana has already got several strong political demands including the (re) nationalising of power, water and housing; an end to asset sales; and end to the 90 Day Fire at Will Act; and a Hone Heke tax (sometimes called financial transactions tax) that would replace GST. On the face of it these are anti-neoliberal demands. They are more against the new right’s market politics than against the capitalist system itself. They are similar to 'anti-capitalist' demands that try to make the market serve socialism. Many of today's left reformists look to China’s brand of ‘market socialism’ as an alternative to capitalism. For example the Castro brothers and Hugo Chavez are seen as building ‘market socialism’ influenced by China, though Chavez calls it ‘21st century socialism’ and the Castro brothers see it as defending Cuba's 20th century 'socialism'.

The problem is that this perspective is unreal as China’s ‘market socialism’ has nothing to do with socialism. The re-introduction of the market to China led to the restoration of capitalism. China is now a state capitalist and imperialist country. In Cuba the re-introduction of the market is at the point of restoring capitalism. Only a major upsurge of Latin American workers can stop this and the defeat of the Cuban revolution. The common theme of 'market socialists' is that it can be introduced from 'above' by a  bureaucratic or bourgeois leadership rather than an independent working class from 'below'. So long as Mana Party is led by left reformists, its focus will be on returning activists like Harawira, Bradford and Minto as MPs to pressure Labour and the Greens to the left, rather than a working class movement that challenges capitalism from below.

What is progressive about Te Mana is that its program will appeal to many angry workers, especially youth like those we see rising up in North Africa, the Middle East and Europe. They will see it as a forum and movement that can defend the working class against the right wing attacks of National and Act parties. But they will find that so long as Te Mana limits itself to putting pressure on parliament that it cannot win any major gains, or be able to defend what gains have been won in the past by strikes and protests. All those historic victories were forced on parliament by struggles outside parliament. To get a living wage and benefit and to create jobs for all Te Mana will have to build a party that is capable of taking the fight to the capitalist class directly by rebuilding the unions as fighting, democratic organs capable of strikes, occupations, and defence committees, and ultimately capable of creating a workers government and planned socialist economy.

We will participate in Te Mana Party so long as we are free to promote our revolutionary program and argue for the following proposals within the democratic norms of the Constitution.