We take a look at the promises from the Labour party when campaigning and on taking office – what will these really deliver for working people? As we argued in previous issues of Class Struggle, Labour forming a Coalition with openly capitalist parties means it cannot claim anymore to be a party that represents workers. It has an excuse to betray its working-class voters by trading any real gains for workers in exchange for becoming the government.

That is why our balance sheet of wins and losses for workers in the first 100 days is boringly predictable. Once Labour signed the fiscal responsibility deal with the Greens it meant it can’t even adopt Keynesian spending to stimulate economic growth (boost profits) let alone spend on what workers need (living wages).

And to win Peters to form a government, Labour and Greens had to trade away some of its promises to appease his populist, conservative supporters.The result is that Labour now openly betrays workers on behalf of predatory, parasitic, international finance capital - most dramatically by signing the TPPA11! Labour is fully exposed as a open bourgeois party. We need an independent mass workers party!

Cash trickle downs to profits
Tertiary fees will be dropped a year at a time. But fees themselves are less of a barrier to poorer families accessing tertiary education than living costs. Raising student allowances by $50 a week will be pocket money for some students able to access a student allowance, the rest will have to increase their student loans, or continue to work part time to survive. The rent subsidy has gone directly into rent rises.

Increasing the minimum wage to $16.50 an hour is an insult to low paid workers. We need a living wage for all workers. And even $20 is not enough!

Tinkering with Workplace Law
Labour’s tinkering with the workplace law doesn’t even undo the worst of the last National government’s attacks in favour of employers. And doesn’t help most workers employed by small businesses with 20 or fewer workers. They still face the 90-day fire at will scenario. Labour’s workplace policy is based on the ideology of fair shares between labour and capital. Yet global capitalism’s terminal crisis can only be solved by capital at the expense of cutting wages. To defend wages and conditions we advocate strikes and occupations.

Fiddling with the Housing Crisis
Labour proclaimed a housing crisis when attacking the National government, but what do they actually deliver? Nothing substantial. Subsidising private landlords instead of taxing capital gains means that the cause of the crisis is left untouched. The market cannot solve the problem. This just perpetuates property speculators parasitic on workers’ wages.

Banning overseas ‘speculators’ from buying existing houses will reduce demand but it won’t stop speculation in new builds whether the landlords are Chinese or Kiwis. We are stuck with workers making speculators rich. Why not tax the speculators? The tax working group cannot address this as their terms of reference exclude it. Too many MPs owning multiple rentals to allow Labour to entertain this radical solution.

State Houses for all who need them!
Gov’t will stop the state house sell-off. Should we be happy? Not when there is no serious attempt to replace those sold off by previous Governments. We are against “social housing” as a thinly veiled return to capitalist philanthropy and a quasi-market substitute for state housing.

The “KiwiBuild” programme cannot produce affordable homes when the building industry is beset by profiteering monopolies like Fletchers, exploitation of subcontractors, terrible health and safety records, poor employment records (including super-exploitation of illegal migrants, cash jobs –tax free) which have driven up the costs and made housing unaffordable to most workers. So, Labour dodges the issue and sets up another committee - the “Affordable Housing Authority”.
Obviously Labour refuses to put working people before profits. It won’t challenge the property-owning democracy where land grabbing and speculation has always been a shortcut to wealth. Driven by the banks, property speculation will remain a fact of life enriching landlords and banks.

Fiddling with Family Incomes
Working families get a few crumbs.  Paid parental leave, and $60 per week for the following year is too little, and if it has to be applied for, then it won’t reach those who need it. A winter energy bonus is welcome relief to some, but a stopgap in the absence of warm and healthy homes. So, in effect it is a bonus to (privatised) energy companies.
Child poverty. Labour expresses liberal concern. Sets a child poverty reduction target and budget reports on child poverty statistics. Goals are good but where is the action?

Mental Health, Prisons and Cannabis
Mental ill-health is a symptom of capitalist society that is broken and is alienating of the majority of the people. We know that most of the prison population have mental health problems or are in for drug offenses. Labour wants to cut the numbers in jails but won’t look at the obvious measures to achieve this. So far it plans to build the Mega prison at Waikeria. We say No Mega Prison! One alternative to new prisons is legalising cannabis. That would cut the prison population by half at least. But the deal done with NZ First will put decriminalisation or legalisation to a binding referendum only in 2000.

Climate catastrophe
The “nuclear issue of our age”? Oh please. Zero net carbon emissions goal by 2050. We will all be dead or dying by then. Capitalism is the cause of climate change.

Global capitalism is in its terminal crisis and all Labour can do in its first 100 days is tinker and fiddle. We get more committees, reports and talk shops: a Ministerial Inquiry to fix our mental health crisis, an inquiry into the abuse of children in state care, a Tax Working Group, a Clean Waters Summit, an independent Climate Commission, an Affordable Housing Authority.
But talk shops don’t create change especially when they fiddle with symptoms and don’t touch the real causes of these problems. For example, tax evasion by the rich, profiteering at the cost of substandard housing and damaging the environment are all symptoms of capitalism in its terminal decline.

TPPA11 cancels all the 100 days hype
The signing of the TPPA11 (Trans Pacific Partnership Agreement) is a sell-out of NZ workers to the global monopolies like Google, Microsoft or Apple who have the power to sue governments that tax or regulate their profits. What to do? We say national sovereignty means nothing if the working people do not control the economy. The profits from the TPPA11 will go into the pockets of the foreign and NZ capitalist class, the losses will empty the pockets of the workers.
Therefore, against the power of Big Pharma or Big Tech to monopolise patents and supply we say:

Against the power of monopolies to dictate economic, social and environmental policy by refusing to pay taxes on capital gains and profits we say:


We are for an independent workers party with a program for a Workers Government to expropriate capitalist property, socialise the economy and plan production for need and not profit!

Posted by Dave Brown at 4:34 AM No comments:

Class Struggle 124 Autumn 2018 by davebrownz on Scribd
Posted by Dave Brown at 7:32 PM No comments: 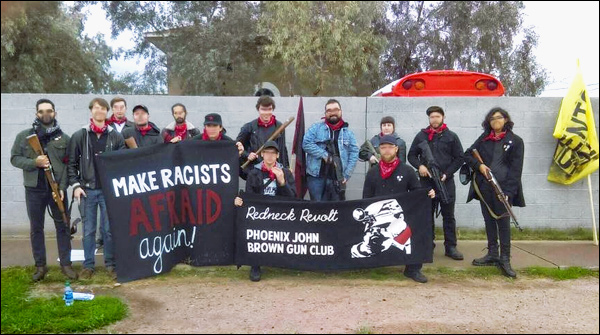