WE WON’T PAY FOR THEIR CRISIS! 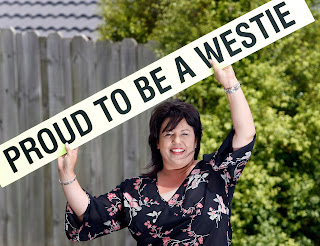 The time of crisis…

Worldwide workers are being laid off en mass as the capitalist crisis deepens and intensifies. Workers are losing their homes and families are breaking up as they are being made to pay for a crisis created by the system that never enriched anyone but the bosses. The International Labour Organisation predicts 50 Million jobs lost globally this year while in the USA 600,000 jobs are being lost monthly.

In Aotearoa 7% unemployment is predicted, with 20% for Maori. In Auckland the unemployment rate has doubled in the last year. 100s of jobs have been lost from F&P, CHH, Sealords etc. Many more companies are going to shed workers. Meanwhile the government’s 9 day fortnight looks like it might save a few hundred only. Bosses’ don’t want to pay for it and workers don’t want to lose 10% of their wages.

On behalf of the bosses the Key government is taking advantage of the crisis by making it easier for smaller employers to fire workers within 90 days without having to give a reason. Unemployed job seekers who decline to ‘voluntarily’ sign the 90-day clause in employment contracts are likely to face the grim prospect of a stand down or punitive benefit cuts from WINZ.

…is a time to get organised:

What can you as an individual do? Nothing! It has been proved time and again that united and organised in unions the working class are a mighty force. Because of this bosses’ governments have always tried to weaken or smash the union movement. Under the last Labour Government law changes and eco-nomic growth allowed the unions to survive.

Unions like Unite were able to begin recruiting young casualised workers in fast food outlets like McDonalds for the first time in many years, bring an end to Youth Rates, and get a rise in the minimum wage. But today these small gains and the very existence of the unions is under attack once more with the 90 Day Act which will drive down wages and conditions.

Only by joining the unions and getting organised can we unite as a labour movement to defend our in-terests and fight for jobs for all and equal rights for employed and un-employed. For rank and file democ-ratic control of the unions!

The fightback is under way

In USA and elsewhere workers are occupying factories to prevent their closure. Workers at Republic Doors and Windows in Chicago oc-cupied their factory to get their redun-dancy pay and were offered the jobs back by a new owner. In Ireland a workers occupation of Waterford Crystals is holding out for the nationalisation of the plant. Com-munities are uniting to resist evictions. In Álexandra in South Africa the community has occupied 100s of vacant public houses. General strikes such as in Greece and in Guadeloupe, and mass demonstrations as in France, prove that workers can refuse to pay for their crisis!

In New Zealand we should be doing the same. When a workplace threatens sackings or closure because of the crisis, we should organise workers occupations to win support to keep the workers operating the plants. Workers should be demanding that the plants are nationalised under workers control and workers management.

In Auckland Unite! union has organised ‘Rat Patrols’ to picket employers who fire workers under the 90 day Act, and this initiative has been backed belatedly by the CTU. When the union leadership's response to these threats is totally inadequate (where are mass rallies called by the CTU?) the initiative must come from the rank-and-file. We need to organise a fightback of the ranks of the unions in the defence of every job and workplace.

While our backs are against the wall! Unite! is the union for unem-ployed, and Waitemata Branch is planning collective actions to prevent the unemployed being victimised by the crisis. 100% effectiveness will require 100% participation of the unemployed. We are as yet far from achieving that, so join up and lend your weight to the struggle.

• Solidarity with all workers

• Full union rights for all unemployed