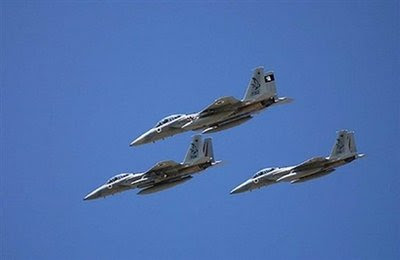 Who has not heard of the campaign to save Darfur?

The Save Darfur Coalition was founded at the "Darfur Emergency Summit in New York City" on July 14, 2004, by the United States Holocaust Memorial Museum and American Jewish World Service. The main speaker at this event was the Zionist writer Elie Wiesel.

The coalition has grown into an alliance of more than 180 right wing religious, and political organizations committed to the defense of the Israel's crimes against the Palestinians, and US mass killing in Iraq and Afghanistan. In 2006, and 2007 the Jerusalem Post reported that the Coalition was "begun exclusively as an initiative of the American Jewish community" although this fact was "consistently played down" by organizers. The report continued, "even now... [the] coalition is heavily weighted with ... local and national Jewish groups" with a "noted absence of major African-American groups like the NAACP or the larger Africa lobby groups like Africa Action". (Jerusalem Post. on 2007-10-06)

This coalition of fundamentalists and Zionists claim that their sole motivation is the concern for the poor Sudanese and in particular the non-Moslems oppressed by the regime of Sudanese President Omar al-Bashir and its allied militia, known as the Janjaweed. They claim that they are concern with the Millions refugees who have fled their homes and live in dangerous camps in Darfur, and hundreds of thousands are refugees in neighboring Chad.

Yet we did not hear one word from this coalition about Israel's siege and civilian killing in Gaza. Nor did we hear from them one word when Israeli war planes killed civilians in Sudan last March.

The Zionists and the Christian far right will role their eyes and claim that this is another lie against the Jewish state. Yet on March 27, 2009 the CBS reported that the IAF carried out the attack on a convoy of trucks in Sudan

The Los Angeles Times of March 27, 2009 - 12:00am reported : " Reporting from Khartoum, Sudan, and Jerusalem — A Sudanese official said Thursday that hundreds of people were killed early this year when foreign warplanes bombed three convoys smuggling African migrants through Sudan along with weapons that apparently were destined for the Hamas-ruled Gaza Strip.

Israeli Prime Minister Ehud Olmert hinted at his air force's possible involvement in the attacks. They came after Israel ended a 22-day assault on Gaza without fully achieving one of its aims: to choke off Hamas' weapons supply.

Israeli officials have said that the militant Islamic group is seeking more powerful weapons than the crude Kassam rockets and Grad missiles it fires at Israeli towns.

An Israeli role in the bombings, if confirmed, would underscore the Jewish state's determination to strike far beyond its borders to protect its security. It also would be seen as a warning to Hamas' most powerful patron, Iran, which Israel alleges is developing a nuclear weapon.

The bombings brought a new layer of tragedy to Sudan, a country in the grip of an armed insurgency. The victims were migrants from Sudan, Ethiopia and other African countries seeking a better life in Israel or Europe, and young men and boys working as porters and drivers for the smugglers.

CBS News reported Wednesday that Israel carried out the bombing in January. The network said Israel had learned of plans to move weapons north through Sudan to Egypt, then across the Sinai and through tunnels into Gaza. Salah Bardawil, a senior Hamas official, denied that the vehicles hit were bearing weapons for Gaza.

Thirty-nine people in the 17-truck convoy were killed, CBS said. Israel's military refused to confirm or deny a role in any of the bombings.

Olmert, who is scheduled to step down as prime minister next week, made the remark during a speech summing up his accomplishments. He said Israel had acted beyond its borders in "a series of incidents," a reference widely understood to include the bombing of an alleged Syrian nuclear facility in 2007 and the assassination of a top Hezbollah warlord in the Syrian capital last year.

Experts said Israeli warplanes had the range to fly the 1,680-mile round trip to Sudan.
After the attacks, relatives and tribesmen began searching for loved ones, he said.
"We missed our people and started investigating. We eventually found the wreckage."

Furthermore we have not heard one word from these characters about the Israeli policy of detaining and expelling Sudanese refugees who managed to reach Israel.

On February 16 this year Haaretz informed the world that The Interior Ministry has decided to expel from Eilat some 2,000 asylum seekers from Sudan and Eritrea, and prohibit them from working if they do not hold work permits.

They are among some 11,000 asylum seekers in Israel who will continue to live in the country since they are exempt from deportation while the United Nations decides whether to recognize them as refugees, though they will not be able to earn money legally.

Some Human rights groups condemned the "Interior Ministry's unrestrained conduct" Tuesday. "This draconian decision contravenes international and Israeli law on impairing basic human rights, and prevents healthy and industrious people from having the possibility of earning their own livelihood," several groups involved in protecting migrants' rights said in a joint statement.

Eilat community leaders have been pressuring the Interior Ministry for a long time to expel the asylum seekers from the city, saying they constitute a burden and a nuisance, and that many are unemployed and some are involved in crime. However, hotel owners have been pushing to keep them there since many of the migrants work in hotels in the city, redressing the employee shortage since foreign workers were banned from working in Eilat in 2007.

Israel is deeply involved in the civil wars in Africa.

Today we hear from Haaretz that Avigdor Lieberman would perhaps not be happy to hear that he was following in Golda Meir's footsteps, but the fact is that, like Israel's foreign minister in the 1950s and 1960s, the current foreign minister is very interested in Africa and in restoring Israel's status there. "To my regret, Israel has for many years been absent from two continents - America and Africa - and does not have a sufficient presence there," he told Haaretz this week, shortly after returning from a long trip to South America during which he visited Brazil, Argentina, Peru and Colombia.

This was the first visit in 23 years by an Israeli foreign minister to Brazil, one of the largest, most developed and most important countries in the world, with impressive nuclear capabilities, and which in recent years has been working to strengthen its ties with Iran. Lieberman is planning another extensive and out-of-the-ordinary visit for next month, this time to the important African nations of Ethiopia, Angola, Nigeria, Uganda and Kenya.

In the 50 years since Meir established Africa as an important objective for Israeli diplomacy and culled immense sympathy on that continent for the new state, which was seen as successfully having rid itself of colonialist rule, no Israeli foreign minister has made such an extensive visit there.

In those days Israel exploited the advantages Africa offered, granting generous agricultural and technical aid to its developing nations, sending Israeli experts to them and teaching African students here. Behind the scenes, Israel also sold arms and sent military experts. Secret funding from the United States Central Intelligence Agency was channeled by American trade unions to the Histadrut labor federation, and from the Israeli union to Africa to finance various activities. Among other things the money was used to post an impressive array of Mossad agents in the African states. Many young intelligence officers, such as David Kimche, Reuven Merhav and Nahum Admoni, spent their early working years in Africa.

Of particular importance to Israel's geo-strategic posture were the countries of the Horn of Africa - Ethiopia, Kenya and Sudan - which control the shipping lanes to Eilat and are close to Egypt, Yemen and Saudi Arabia. This also gave Mossad agents and Israel Defense Forces officers an excuse to be involved in the internal affairs of African regimes. According to various publications, Israelis were involved in coups d'etat in Uganda and Zanzibar, or at least had prior knowledge of them.

"The purpose of my visit is to demonstrate an Israeli presence in Africa," Lieberman stresses. "I want to tell the leaders I meet that Africa is important to Israel. We must not neglect them, especially in view of the efforts by countries like Iran to influence them and establish themselves there." He said his visit would provide a diplomatic boost to the states' existing economic and security ties with Israel. It is a sad truth that with the exception of a few civilian enterprises in agriculture, communications, infrastructure and diamonds, almost all Israeli activity on the African continent is related to weapons exports.

"The ugly Israeli" in the guise of the arms dealer (mostly former intelligence and military officials), who promotes weapons sales on behalf of Israeli military industries, with the backing of the defense establishment, have given Israel a bad name world-wide. Israelis have been involved in civil wars (in Angola, Liberia, Sierra Leone and the Ivory Coast) and in aiding dictatorial regimes such as in Equatorial Guinea and the two Congo republics.

A case in point is the deal concluded recently between Israel Shipyards and the Nigerian defense ministry, for the manufacture and delivery of two Shaldag patrol boats. According to the Nigerian navy's budget book, the deal is worth $25 million (even if, for various reasons, this may be an inflated price). One boat has already been delivered. Nigerian crews have been trained in Israel, and Israeli instructors will provide further training in Nigeria.

The middleman in the deal was Amit Sadeh, who is a partner in a large shopping mall in Lagos. Sadeh was involved in the controversial sale of air and sea drones by the Yavneh-based Aeronautics Ventures, to the Nigerian defense ministry, as well as the sale of used planes from Ukraine to Nigeria. Sadeh also represents Israel Aerospace Industries, whose Ramta subsidiary competed for the same deal. IAI as well as the CEO of Israel Shipyards, Avi Shahaf, declined to comment, while Sadeh was not available.

These deals have put Israel in the position of interfering in an internal Nigerian dispute that could lead to civil war. The boats and intelligence equipment are intended for the use of Nigerian forces against rebels in the Niger River Delta region. In an interview with Haaretz last year, a spokesman for the rebels warned Israel not to go ahead with the sales.

Lieberman is planning to bring with him dozens of businessmen, most of them arms dealers, as well as security advisers and representatives of the military industries. But perhaps it would be better for the foreign minister to follow in Meir's footsteps and put more agricultural advisers and medical and education experts in the center of its diplomatic stage, rather than arms dealers

So, behind the hypocrisy of the Save Darfur Coalition is the 'human rights' of the merchants of death. Their rights to make billions of dollars from selling arms to the same civil war they push for in order to super exploit the African continent bleeding to death because it is rich in oil and diamonds and other expensive raw materials.