The Pike River Mine Disaster 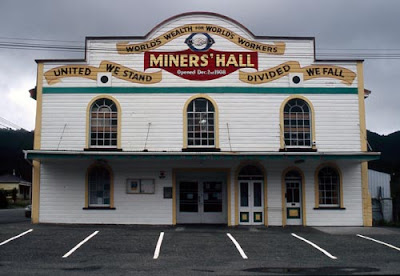 This was not a national disaster but a disaster for the 29 workers who died in the mine explosion on November 19, 2010, and their families. PM Key’s class of banksters and profiteers are facing a financial hit but hardly a disaster. They are using the same approach to the failure of this mine as the failure of South Canterbury Finance. Inside traders get paid in full by the state for investing in a state bailout. The banksters get away with murder while posing as national leaders in national disasters. There is only one national disaster and that’s the NACT frontier capitalist neo-colonial lackey regime that serves the interests of Australian, US and Chinese imperialism!

NZ Oil and Gas would have been happy to pay their $500,000 conscience money, recover the bodies and after a decent interval reopen the mine. Even if they were found responsible for the disaster they could hide behind a cowboy government into strip mining and a greedy petty bourgeois class wanting its share of the spoils. As soon as the explosion died down there was already a campaign underway to blame the disaster on the difficulties of ‘surgical mining’ forced on the company by the ban on opencast mining on Conservation land. Even though the company pointed out this was technically impossible this hasn’t shut the cowboys up.

But as it played out, the company, the NACT regime and big business, closed ranks and played the disaster for sympathy to create a smokescreen over any company or Govt negligence. And now the mine is closed and the bodies are unrecovered, the Official Inquiry will have to speculate on what went wrong and why.

Well we won’t allow this frontier boss rule politics to shift the blame from the operation and management of the mine onto the miners, the contractors, the Greens or some freak accident. After all it was Coasters that started coming out with ‘blame’ comments right after Friday, November 19. Former mine workers commented on safety defects in the mine. Then the MSM got into the act. They had their reasons (keeping the disaster movie interesting) but they did hit some pay dirt. Investigate Magazine summarised most of this information in its January, 2011 Issue. As was immediately evident at the time of the explosion, and with plenty of warning signs, the mine exploded because it was a ‘gassy’ mine without an adequate ventilation system.

Investigate Magazine puts a lot of emphasis on reports that contractors tampered with the methane sensors so that they would not lose pay in the event of gas leaks causing a shut down. But the possible failure of gas sensors, sabotaged or not, is not the main cause. Even if it was the immediate cause, it reflects company policy to use casualised contractors rather than company employees who would be paid for down time. Moreover, it’s damning of both the company and the union that what was reported as a common practice was not acted on and stopped. However you read the safety problems the mine faced, it is the history of deregulation of health and safety requirements and inspections over the last 20 years allowing the mine to operate without sufficient margins of safety that is to blame for the explosion. And clearly for that both National and Labour Governments must be held accountable.

Similar mines in the US now have failsafe ventilation systems since if the ventilation system fails in ‘gassy’ mines explosions are almost inevitable. Disasters in the US today are due to owners’ negligence. So it’s no use talking about Pike River as the ‘latest’ or 'most advanced' of such mines. Peter Whittall, the mine manager, while developing Pike River, himself reported that the Mining regulations needed updating and there was a shortage of mine inspectors. What he failed to mention, however, was that only in NZ was a ventilator fan installed inside the mine where it could not be reached in an explosion, rather than at the top of the ventilator shaft where it could be protected from the blast.

Both the Labour Party and the EPMU which covers most of the miners knew about a report critical of lack of inspection made in 2008 but they did not act on it. Pike River even had a dangerous build-up a few days before the explosion and workers were out for the 20 hours it took to clear the gas. At that point the EPMU should have stepped in and insisted that the cause of the build-up be investigated and better ventilation put in place.

Of course we won’t know the full facts even when the Official Inquiry is completed. The mine is closed, and important evidence is lacking. So if the Inquiry was always going to whitewash the Company and Govt this is now certain. Meanwhile our solidarity should be for the workers families and not for the parasites that turned this disaster for the miners and their families into a face-saving exercise for the ruling class and their NACT regime.

The west coast miners have a proud tradition of unionism that led the way in the fight to win improved conditions not only in the mines but in all workplaces in NZ. The west coast miners stood firm with the wharfies in 1951 until the navy was sent to scab on the miners. Today it is a scandal that the miners’ union, the EPMU, should be included along with the company and the Government as contributing to the conditions that led to the Pike River mine disaster. Workers in this country should make it their duty to revive the west coast unions along with the rest of NZ union movement in the tradition of the militant unionism of the Red Fed and take charge of health and safety monitoring so that such a disaster never happens again!
From Class Struggle 92, November 2010-January 2011
Posted by Dave Brown at 5:37 PM