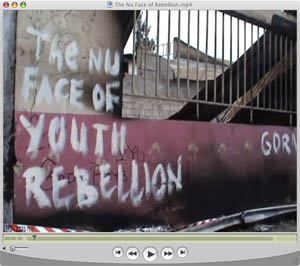 Protests of ordinary Tongans at the inequity of nobles’ wealth and mass poverty built up to riots in June 2006 when the King reneged on reforms. This has forced the rulers into constitutional change to keep a lid on the movement for democracy. In the recent election the rule by a feudal king and system of lords who self select a parliament has had a face-lift and more seats were elected by commoners (17), than the nobles (9), total =26. The King still gets the power of veto, including the power to sack the government! The Nobles can still bloc with Commoner MPs to keep control of parliament. So what has changed?

Constitutional reform is the legal surface appearance of the ruling class, under which the capitalism maintains its exploitative class relations. Tonga is a tiny Pacific state, dominated by not only the US via its regional allies, Australia and NZ, but increasingly influenced by China. The Tongan economy is capitalist which uses more traditional labour forms based on the family to produce exports of agricultural goods - fish, coconut, vanilla. Yet Tonga's main income is from the thousands of Tongan workers who live offshore, in countries like Australia, U.S. (west coast) and New Zealand, and who send some of their wages home. The Tongan working class is the main export of Tonga, and its strength is outside Tonga. The IMF and World Bank consider Tonga a poor country; 40% population lives below their "poverty line"; and at high risk of failing to pay government debt.

The newly elected government of Tonga may represent a change from a capitalist feudal semi-colony to a capitalist parliamentary democracy (an elected time-limited dictatorship), but it remains a capitalist semi-colony. Semi - as in having the appearance of independence, while a colony in terms of the ruling class acting as a compradors or agents of imperialism, and dependence on a division of labour which sees Tonga export of basic items/raw materials to imperialist or other intermediate countries and a dependence on the import of capital goods (machines etc) and consumer goods from those imperialist or intermediate countries.

The new parliament which includes more 'commoners' is no threat to the rule of capitalism within the constitution. The King and nobles as the capitalist ruling class retain the ability to control parliament and prevent any popular democratic challenge to their class privileges, and the subservience of Tonga to imperialism.

Thus while Akilisi Pohiva and the Democratic Party of the Friendly Islands (DPFI) won all 12 of the 12 seats which they contested, 5 independent candidates won the other 5 of the 17 general election seats, and 9 nobles were voted in by 54 nobles. See Matangi Tonga.
The DPFI were never going to rule alone, since they only had 12 possible candidates in a government of 26 members. Even had the DPFI been able to unite all the commoners to get Pohiva elected, he has committed to working within the constitution. However, since Pohiva has long been a thorn in the backsides of the King and nobles, the nobles bought the loyalty of the 5 so-called ‘independent’ commoner MPs to elect Lord Tuivakanō as Prime Minister by a vote of 14 against12 for Pohiva.

Whoever is ruler of Tonga, as such they can only manage capitalism on behalf of a few local owners and the many international capitalist interests. Their ability to manage capitalism and to meet the needs of the working people who voted for them comes second to keeping the King and Nobles in the wealth to which they are accustomed, and continuing to export unemployed workers to Australia and NZ as a reserve army of workers in those countries to be returned home when they are no longer needed.

Thus to keep the profits of international capitalism flowing, ‘democracy’ in Tonga limited as it is, is nothing more than a taro leaf covering the nakedness of the hypocrisy of the ruling class. The economic conditions which leave the masses impoverished and their sons and daughters migrant workers will continue. Wages and conditions will be cut in Tonga to balance the books for international capitalism, and force the next generation to migrate to low paid jobs in Australia and NZ.

Evens if the DPFI had won all 17 commoner seats and a majority for ‘democracy’ it would be forced to rule on behalf of the ruling class and imperialism and expose ‘democracy’ as a fraud before its own supporters. There is no freedom under capitalist rule. Democratic capitalism in Tonga will be as bad as 'feudal capitalism'. Only socialism will bring true democracy and end Tonga’s servitude to imperialism.

For a socialist Tonga as a member of a Socialist Federation of the Pacific!
Posted by Dave Brown at 11:19 AM