Debate: Is Key a Keynesian? 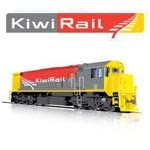 There is confusion around that the National Party is no different from Labour because it also adopts a Keynesian economic policy. The Workers Party propagates this confusion because it suits them to claim that National and Labour are essentially no different and that social democracy is dead. Most of the so-called 'left' in NZ cannot relate to reformist workers other than by demanding they reject Labour and 'spoil their vote" (IBT) or vote for tiny, left reformist parties (RAM, Alliance). The Workers Party position equates John Key's use of the state to subsidise capitalists' profits directly with Michael Cullen's use of the state to subsidise workers wages directly in order to subsidise profits indirectly. While ultimately both serve the ruling class, the way they do this is not a matter of indifference to the working class.

Public employment and paying wages was the main point of public works, and not the actual infrastructure itself. Of course public works on infrastructure was and is welcomed by the bosses because it WAS and IS a subsidy to their profits in the form of cheap roads, rail, bridges, ports, schools, hospitals etc all of which lowered the value of labour power (cheapened wages).

For example public schools and hospitals maintain the skills and health of workers for exploitation more cheaply than private schools and hospitals. Public roads or rail shorten distances and travel time and therefore require less labour power to transport goods to market than clapped out private roads and railways.

So state investment in infrastructure from a Keynesian standpoint is a way of indirectly creating value by employing wage labour to stimulate demand and hence boost capitalist investment. Labourite social democrats turned Keynesian state intervention into a doctrine of reforming capitalism by smoothing out the business cycle and preventing the crisis of falling profits and the resulting depressions endemic to capitalism.

From a Keysian standpoint however, infrastructure is not at all a matter of creating demand to encourage investment. Investment is encouraged directly by cutting wages and cutting taxes to bosses. This means cutting state spending not increasing it. This is supply side economics. Profits are restored by cutting costs of the supply of inputs, not increasing demand for outputs.

Infrastructure investment is a way of directly subsidising profits by cutting wage costs and offering private participation in Public Private Partnerships (PPPs). In many cases infrastructure costs are so massive and so long run that the private sector does not want to take the risk. So where possible they want the main investment to be guaranteed by the national debt as a charge on taxpayers (preferably a flat tax that makes workers pay the biggest share) that will also guarantee a private profit flow

So Keysian economics has nothing to do with the state creating jobs and paying wages to increase demand to encourage profits, it simply relies on the market to cut wages and taxes to increase profits.

Some details of the Keysian plans

National wants to cut state spending on wages and state jobs, and state subsidies to workers savings, but wants to increase state investment. But it does not want to pay for this investment out of bosses taxes which it proposes to cut further. It will pay for it out of workers savings, Kiwisaver and the Cullen Fund, to bankroll private PPPs. This is creeping privatization of state assets by using them to subsidise profits. Moreover it wants the PPPs to go through without RMA delays as this reduces the profits from these investments. The Maori Party will be contracted to provide PPPs in Maori health, education and development.

We can add here the state guarantees to bank depositors and overseas creditors that both parties have advocated. Labour has, however, agreed to Reserve Bank loans to meet some of the needs of the banks in exchange for securities in the form of the bank’s mortgages. This means that if the banks go bust and the value of those mortgages is written down, these assets remain in state hands. Labour has also introduced a wholesale guarantee with high premiums to try to make the Australian parent banks provide funds to their NZ subsidiaries. Of course this cannot stop the Australian banks from charging high interest rates to their subsidiaries. Those who borrow from the banks for mortgages etc will ultimately pay these added costs in the form of increased bank charges. Another way in which the crisis is paid for by the workers.

Nationals PPPs will employ more workers to build the infrastructure, but they plan to involve private corporations like Fletchers who will profit from the surplus value they expropriate from their workers. And to cut private sector labour costs, National has a labour relations policy and ACC reforms lined up. Workers can be hired and rotated every 90 days if necessary. Unions can be kept offsite or company unions formed. ACC costs can be cheapened and the health and safety of workers compromised by introducing competition. Workfare will be introduced as benefits are cut, extra support for unemployed limited to a 16 weeks 'handup', keeping a large reserve army of unemployed ready to compete for jobs and drive down wages.

Some detail of the Keynesian plan

Contrast these Keysian anti-worker policies with Labour's Keynesian plan to counter the crisis. Labour is no less concerned with maintaining and boosting profits, but without the pain of the business cycle which brings massive deflation and unemployment and huge destruction of value - itself the product of past social labour.

Facing the prospect of a worsening crisis Labour was proposing to introduce the basics of a Keynesian deficit spending package to stimulate consumption and hence investment - creating jobs in public works, paying wages, raising the minimum wage, paying for job training etc. Its job
rescue plan added to existing benefit entitlements a 13 week benefit for those on WFF losing a second wage to maintain family consumption.

While this is far short of socialism by any definition, Labour's plan is objectively better for protecting workers jobs and living standards. It reveals its commitment to bosses profits by not going further and ending GST and replacing it with taxes on the rich. It also refused to consider nationalising NZ banks in the even they needed bailing out and stuck to finance capitals demand that it guarantee them with the future taxes of workers. Making workers pay on the trickle up.

Make them pay for their crisis!

But insofar as Labour was spending to reflate the economy by increasing the budget deficit, it
was not taking this cost out of workers wages and savings, rather charging this debt to future taxes. Like all sovereign debts, whoever pays for this is a matter of class struggle. What proportion will be deducted from profits and what proportion deducted from wages?

This is a question that can only be decided by class struggle. National is representing the current dominance of the bosses and is cashing in workers wages and savings for profits now. Labour was
proposing to manage capitalism as a class 'partnership' using the government's credit card, opening up the possibility of workers repudiating the public debt in the future.

The difference between Keynesian and Keysian economics then is in the opportunity the bosses crisis offers to workers. Under Keysian economics, the crisis is being solved at the expense of workers wages and savings now. We are being made to pay for the crisis today and tomorrow.

Under Labour the crisis would be countered (not solved) on credit so that the question of who pays for the crisis is something that is postponed and becomes a matter of which class is the stronger when the bill has to be paid tomorrow. Under the Keynesian regime, workers have the
opportunity to take advantage of deficit spending to organise their class power to make the bosses pay for their crisis, repudiating the public debt, cancelling obligations to bail out banks, nationalizing and socializing all banks and corporates and to democratically plan for a socialist society.
Posted by Dave Brown at 10:33 PM No comments: