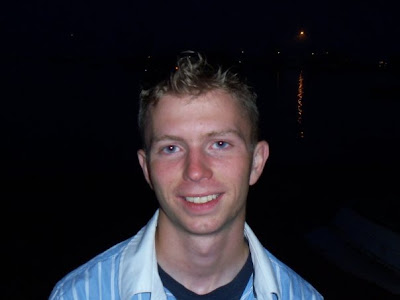 Capitalism trains its own gravediggers

Marx observed that capitalism had to create its own gravediggers. It had to empower its working class in order to exploit it and so its fate was sooner or later sealed. But capitalism doesnt just roll over and die leaving only the need for a burial. Workers are not handed socialism on a plate they are propelled towards it by the whole of capitalist history which begins with a revolution to overturn feudalism, then the rapid development of its incredible productive forces, before ending its life as a parasite living off the blood of its workers and of nature. The gravediggers are the working class which becomes an organised revolutionary class because it is enmeshed into a total global labour force which has to free itself from the shackles of capitalism or die. Marx even referred to this global capitalist labour force as 'socialised'.

Nothing expresses the extent of its global 'socialisation' at this point in history more than the role of the internet and cyberspace. While century-old capitalist imperialism is locked into its need to maximise profits, it now makes its biggest profits by speeding up the circulation time of capital via the new digital techology of the internet. And it competes with its rivals by speeding up communications, espionage and warfare via cyberspace. Its like the old man going out on a dose of adrenaline or viagra. He has had several bypasses and at least one heart transplant (China) but is more an more exhausted. Who will administer the final rites of passage? China?

China is no way out for capitalism

China cannot despite being the dynamic new imperialist power that has stopped a full slide into global depression.  The new Chinese imperialism is winning the battle for the global economy and its rivalry with the US is becoming increasingly hostile. But China will not replace the US as the hegemonic power for some years, and meanwhile its own working class is emerging as the most powerful and dynamic section of the global labour force. Thus the China/US rivalry may spill over from proxy wars such as in the Sudan to regional wars and even wider nuclear destruction, but the global working class, which now includes a billion Chinese workers, has the power to stop these wars before it is buried along with capitalism in a nuclear catastrophe.

The death rites of imperialism are now being prepared as the global working class moves stage center. Cue the awakening of the world proletariat to the reality of the brutality and barbarism of capitalism in its dying days. When ordinary enlisted soldiers break ranks to blow the whistle on mass murder; when the middle class libertarians use their advanced computer skills to home in on the US as the NO 1 threat to human rights; when hundreds of thousands are risking their lives engaged in spontaneous street protests, general strikes and occupations; then capitalism's days are numbered.

Private Bradley Manning, the international working class hero of 2010, risks his life (did he do it, or didnt he?) because US imperialism must make an example of an enlisted whistleblower who disregards orders and leaks its military secrets while listening to Lady Gaga. The US ruling class has no sense of humor. Manning is now incarcerated in a US marine prison at Quantico in solidary confinement for one reason only, to break him and make him confess to conspiring with wikileaks boss Julian Assange to reveal the secrets that expose US imperialism as a giant mafia with millions of hired killers on its payroll. While Assange has to answer the rape charges made against him, we are opposed to his extradition to Sweden if this is likely to result in his 'rendition' to the US.

Such is the fear of the US ruling class that exposure of its lies and secrets will threaten its 'legitimacy' and lead to socialist revolution, that its natural impulse is to extend its many global wars, occupations and missile rings, into the total surveillance of cyberwars.  They will try to lock up Manning for 50 years, and if they can cook up a story that Assange is a spy, they will try to get him lynched under the 1917 US Espionage Act. The clear intent of the US to kill those who blow its military secrets will politicise another mass layer of anti-US imperialist militants, bringing the end of US hegemony even closer. If the US goes down this road expect a mass worker uprising that will unleash the full repressive state apparatus on its head.

The emperor has no clothes

So US imperialism since 9/11 has been forced to expose its open hypocrisy in destroying bourgeois democracy in order to save it. Since it cannot win the battle for the hearts and minds of even its own working class majority that opposes its wars in Iraq and Afghanistan, it must resort to force to suppress the rise of a militant working class. It will try to divide and rule the militant working class. It will have to turn the Tea Party into a fully fascist militia. This will raise the stakes and lead to sacrifices such as those of the youth in North Africa who have burned themselves alive to to prove they are prepared to die to live. These state forces are made up of working class or peasant ranks and can be split from their officers who represent the ruling class. Armed workers, peasants and soldiers militias will deprive capital of its state forces allowing the working class majority to take power and remove all barriers to socialism.

The class war has never stopped. But today the ongoing global crisis of capital has shifted the many fronts from the occupations of Iraq and Afghanistan into cyberspace. Drones are now the US weapon of choice, and computer viruses are used to destroy the enemies' weapons control. We are approaching Starwars where the evil empire is surrounded and undermined by miriads of subversives and freedom fighters who are not only at home on the streets but in the internet and cyberspace. The old man is dosed up on adrenaline and all dressed up to kill but has nowhere to go.

Free Bradley Manning!
Defend Assange and Wikileaks from state repression!
Defeat US and Chinese and all other imperialisms!
For international class struggle across borders!
For a Revolutionary World Party of Socialism!
For Workers' and Peasants' Councils and Militias!
For rank and file soldiers councils to overthrow their officers!
For general strikes to unite the working class and take power!
For Workers' and Peasants' Governments everywhere!
Posted by Dave Brown at 9:46 PM