China in Africa: The Real Story 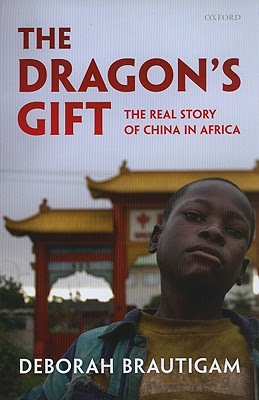 There is a lot of confusion about the role of China in Africa. Everyone can see that China is making giant leaps in Africa. But why? Is China the lastest fashion in colonisation or some fairy godmother giving back more than it takes from Africa?

Deborah Brautigam’s book The Dragon’s Gift: the Real Story of China in Africa helps us find the answers.

China’s role in Africa during its period as a so-called ‘communist’ country was to collaborate with national liberations struggles and form SOEs with the new leaderships. But with the return to capitalism in China since the mid-80s it’s interest has shifted towards commercial investments. Today China’s role in Africa is that of a rising capitalist world power.

Without saying so in as may words, Brautigam describes China as a newly emerging imperialist power that is deliberately following the same model of capitalist development that succeeded in China itself. It recognises that African economies have to develop and the best way to do this is to invest in infrastructure to increase productivity and skills so that it in the long run China will profit from its ‘cooperation’ in Africa’s development. Brautigam expands on this theme in her blog.

On the surface, nothwithstanding China’s arm trade and deals with regimes like Zimbabwe, Sudan and Guinea, this looks very different from the classic imperialist methods of ripping out raw materials and leaving Africa underdeveloped and mired in poverty.

For example many on the left are convinced that China's investment in massive infrastructure projects in schools, hospitals, railways etc means it is not copying the old colonial super-exploitation of imperialism. Surely China is aiding the development of Africa so must be doing something progressive?

Brautigam addresses this question. She points out two things that show China doing this for profit. First, building infrastructure is linked to developing physical access to resources and also getting payment in resources in countries already facing big debts. Second, much of the construction work goes to Chinese firms:


...in Angola, Democratic Republic of Congo, and Equatorial Guinea, China Eximbank has provided very large, very competitive, but still commercial-rate loans to finance infrastructure, with payment guaranteed in oil (or other resources). Doesnt this show that it really is about oil (you can substitute copper, iron ore, timber, etc)?

Resources matter, but China's "mutual benefit" approach is about generating business. African resources are definitely part of this. But there is much more. Exports, for example: the Chinese exported more than $50 billion worth of equipment, consumer goods, adn machinery to Africa in 2008. China's single largest Africa investment to date has been Industrial and Commercial Bank of China's purchase of 20% of South Africa's Standard Bank for $5.6 B. Contracts for infrastructure are hugely important. In 2007 alone, Chinese construction companies earned revenues of $12.6 billion and signed contracts for more than $29 billion in Africa. China's telecom firm Huawei, constructing phone systems across Africa, earned more revenues than any other Chinese engineering company world-wide in 2007. As a Nigerian diplomat told me in Beijing: "The Chinese are trying to get involved in every sector of our economy. If you look at the West, it's oil, oil, and nothing else."

So while China's methods are different to the crude resource extraction we associate with colonisation, closer analysis reveals that it is merely applying the lesson that it learned at home as a late entrant into the imperialist stakes. The new Chinese bourgeoisie found that it was possible to use a powerful state apparatus inherited from the bureaucratic ‘communist’ state to outmanuver its old imperialist enemies and become the rising world power.

Applying this lesson in Africa, China is making sure that it can create the conditions for African development from which its new imperialist ruling class will hugely profit and so steal another march on its imperialist rivals. Of course this is not confined to Africa. Bolivia's dream of capitalist development is being bankrolled by China.

Those on the 'left' who think that China is some kind of progressive capitalist power, if not a socialist system actively aiding the 'third-world', are blind to China's real interests of advancing its own imperialist sphere of interest at the expense of its more established rivals.
They are creating illusions in the ability of capitalism to find a way out of its crisis through a Chinese model of 'market-socialism' rather than a full scale socialist revolution.