Fight for a New International Regrouping of the Healthy Forces of Trotskyism! 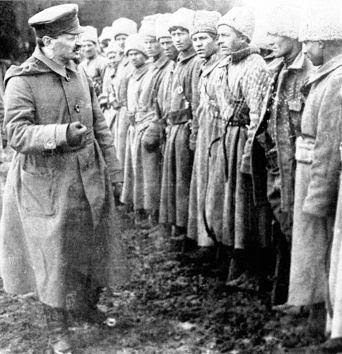 Trotsky Commissar of War and soldiers of the Red Army

We republish here with permission an article by the Núcleo Trotskista Internacionalista Cuarta Internacional (NTI-CI). See also “Exchange with NTI-CI on the Degeneration of the FLTI“.

After the discussion & exchange with the NTI-CI  to date this announcement signals a willingness to fight for a new international on established common agreement.  The NTI shows in the following article the FLTI’s opportunism in Zimbabwe. We encourage WIL/FLTI comrades in Zimbabwe to break from Munzerite opportunism and open discussions to rejoin their former comrades of the RWG. To do so these comrades need to discover the true class character of China, something Munzer would not concede even as a theoretical possibility, taking Lenin’s “Imperialism” as a catechism, yet rejecting Lenin’s method. Buried in Munzer’s “anti-Bolivarianism” is this capitulation to it, that Chinese capital in Africa and South America is just U.S. imperialism’s hired Chinese agents. The real world collision of the two imperialist blocs is thus dismissed in pursuit of a rotten arrangement with ex-Trotskyists in Japan! They must also see, as the NTI points out, that the direction given to WIL by the SCI of the FLTI, is opportunist and neo-Pabloist, a burial without rights in the ZCP while cooperating in a project of an imperialist NGO “peace” scheme.

WE MUST FIGHT FOR A NEW INTERNATIONAL REGROUPING OF THE HEALTHY FORCES OF TROTSKYISM!

Until now, we in the NTI-CI have been fighting, as part of the struggle for the refoundation of the Fourth International, to reform the FLTI, a current from which we have claimed to be a public faction [1]. Some comrades have criticized our position, on the basis that the FLTI was never a mass current and not even a current that had managed to penetrate deeply into the workers’ organizations, or that had conquered a place of some weight in the vanguard. Our location as public faction was justified by the historical moment in which our organization emerged, by the previous struggles of the FLTI – fundamentally in the theoretical and programmatic terrain – and by our own weakness. At that time we considered that the FLTI could be transformed into a “fulcrum” to centralize the forces of the world proletariat and to fight for an international regroupment of the healthy forces of Trotskyism on the condition of taking an internationalist course, a proletarian line and regenerate its internal regime by allowing the reincorporation, on the basis of the strictest democratic centralism, of Tomás Cuevas, expelled at the end of 2012 for raising political differences, together with his comrades from the NTI, as a faction, and all the comrades who would have been expelled for the same reason.

We consider that up to now this location was correct. In the first place, it has allowed us to defend the theoretical and programmatic conquests that are the patrimony of the whole organization and that the current leadership has been liquidating. In these struggles we have strengthened ourselves theoretically and politically. Also, in the last few months, it has allowed us, despite the difficulties of physical distance and the encirclement of slander by the leadership, to intervene in a principled way in the last of the bureaucratic expulsions from the current: the team from the western zone of Gran Buenos Aires of the LOI-CI, giving us the possibility of establishing fraternal relations and opening a process of debate, reflection and possible regrouping with cadres and old comrades and even establishing fraternal relations with the comrades of the ILTT. These conquests, although modest, have enormous importance for us, because, beyond the result, which at this moment we are unable to foresee, it has already allowed us to advance in our positions and has given us theoretical elements to advance in the balance of the degeneration of the FLTI, preparing us for the historic battles that lie ahead.

During the last few years, as we said above, we have fought for the internationalist regeneration of the internationalist faction. The struggle for an internationalist regroupment of Trotskyist cadres had to go through a period of struggle so that the present leadership did not end up demoralizing the Trotskyist cadres who had fought for the refoundation of the Fourth International from the FLTI, confronting the passage to the field of reformism of the majority of the currents that speak in the name of Trotskyism on an international level. Theoretically, we could not rule out the possibility of the emergence of a faction within that would resist the liquidationist course of Carlos Munzer and his petty-bourgeois clique.

However, the reestablishment of relations with old comrades has allowed us to refine our characterization of the current, in which the decomposition of the regime has deepened to degrees that at a distance were impossible for us to guess. The majority of the cadres who could, for some reason -whether because of their ability to reason and think for themselves, some degree of independence in relation to the leading clique, independence of character, etc.- represent a threat to the liquidationist course of the leadership, have been slandered and expelled with the worst Stalinist methods, even reaching physical violence -as some comrades bravely denounce it. We ourselves have suffered the Stalinist slanders of this leadership, where they have accused us of being with “Stalinism, with Syriza and We Can Cover Al Assad’s Backs,” of having “service methods,” and other slanders of the same kind. Severino Chúcaro, former militant of the FLTI and leader of the CEP, has been accused of being a “police” and then refused with indefensible excuses to appear before an International Moral Tribunal to present the evidence of such vile accusation. These Stalinist methods prepare the conditions for physical aggressions against the dissidents. We ask ourselves, if being a small group without weight in the vanguard or in the workers’ organizations – and also because they are separated from the control of these – they resort to these methods, what would they not do if they had the power of the state?

Theoretically, it is not possible to define a priori the exact degree of degeneration of a current. However, a few months ago we had the opportunity, by means of a test of decisive importance, to unquestionably corroborate the decomposition of the leadership of the international faction. In the search for our positions to reach the groups and militants of the organization, we have contacted the leaders of the WIL Zimbabwe, the official section of the FLTI. An investigation into their militant practice showed, to our astonishment, that these leaders were leading members of NGOs linked to imperialism and of the top leadership of the Zimbabwean Communist Party (ZCP), which they founded at a Congress at the end of 2019 together with the Stalinist trade union bureaucracy of COSATU – the murderers together with the police of the ANC of the Marikana miners – and together with the South African Communist Party (SACP). Once this betrayal was denounced, we optimistically expected a break with these corrupt Stalinist leaders of the ZCP. However, our disappointment was considerable when we saw that not only have they not broken with these leaders of the top Stalinist leadership of the ZCP, but that there has been, as far as we know, no reaction from the “sections” – who received the document in question [2] – or from the leading cadres.

Currently, they are enthusiastically preparing the 5th Congress of the FLTI with the Stalinists of the ZCP with whom they have a single party in Zimbabwe, debating “its construction in the environmental movement”. At that Congress, the Trotskyists of the NTI have no democratic rights. The bankruptcy cannot be greater. The maximum leadership of the FLTI has openly gone over to the field of counter-revolution. At present the FLTI is a small league in Argentina, detached from the workers’ organizations and separated from the masses, with some bureaucrats scattered in the southern cone like Palomares, some Argentines in this or that country as satellites of the LOI-CI and some Stalinists in southern Africa. To remain a public fraction of that monstrosity today means to embellish that fiction, to generate illusions in the honest cadres that may still exist in their ranks in a possible regeneration and to renounce the struggle that is set out ahead: the struggle for a new international regroupment of the healthy forces of Trotskyism and the revolutionary workers’ organizations!

The Trotskyists of the NTI-CI cannot remain in the same organization with Moreno bureaucrats like the Munzers and Terracotas, union bureaucrats like Palomares, and Stalinist leaders like the Sakalas and Kundherezeras. Our experience as a public faction is already exhausted. The FLTI is another failed attempt. From now on, the Trotskyists of the NTI put our young and small forces at the service of conquering a new international regroupment. We call on the honest comrades of the FLTI and those who were expelled in recent years to fight together to conquer it on the basis of a revolutionary and internationalist platform that can only be the fruit of collective work.

FOR AN INTERNATIONAL REGROUPMENT

OF THE HEALTHY FORCES OF TROTSKYISM AND

OF THE REVOLUTIONARY WORKERS’ ORGANIZATIONS!

FOR THE REFOUNDING OF THE IV INTERNATIONAL

ON THE BASIS OF THEORY, PRINCIPLES,