Defend Iran against the U.S., EU and Israel warmongers! 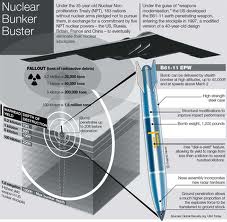 Resolution of the Revolutionary Communist Organization for Liberation (RKOB), 9. 11. 2011,

For several weeks now the European and U.S. imperialists and their Israeli henchmen have been threatening Iran with war. They call on Iran to abandon its program to develop nuclear power plants and threaten it with economic sanctions and, increasingly, with military aggression. The justification - that Iran will build secret nuclear weapons - is simply a lie that is used as a justification for a bloody imperialist war of aggression. Remember the claim of George W. Bush in 2003 before the imperialist invasion that Iraq had weapons of mass destruction (which, according to the U.S. government, it could use within 45 minutes)! Today, Iran has neither nuclear weapons nor is it close to their completion.

In every criminal case the judge asks: "cui bono?" (Who benefits from the crime?) since that person is often guilty. Similarly we have to ask today: "Who benefits if Iran is not allowed to build nuclear power plants? Who benefits if – under the pretext of a ‘threatened peace’ – preventive strikes against Iran are prepared? Who benefits by waging war against Iran? Who benefits if the economic development of Iran is inhibited by international sanctions and restrictions on the peaceful use of nuclear energy?” It is pretty obvious that the beneficiaries and the culprits are the U.S., the EU and Israel!

But let us accept for a moment the scenario which the imperialists and their UN agencies are painting and assume that Iran is producing nuclear weapons. How can the U.S. (which possesses 9.400 nuclear warheads), France (300), Britain (200) and Israel (100) claim any legitimacy by accusing Iran of building nuclear weapons themselves?! In the history of the Nuclear Non-Proliferation Treaty, which was dictated by the U.S. – several countries have broken it – Israel, India, Pakistan and South Africa. None of these countries were threatened by war at that time. This is hardly surprising since all of the them were allies of the United States. Only stupid bureaucrats and people who can benefit from the imperialist policy can argue that the EU, the U.S., Israel or the United Nations has any right to blame Iran for its production of nuclear weapons.

But as in the preparation of any imperialist, unjust war, the issue is the economic interests of major powers – in particularly Iran's oil. Iran has, after Saudi Arabia, the world's second largest oil reserves (approximately 11.6% of global reserves). Iran also has an important geo-strategic position by which it controls the shipping and oil transport via the Strait of Hormuz. Likewise, the Western powers would, have through a compliant regime in Tehran, better access for oil pipelines from Central Asia, the Persian Gulf and the border with Russia.

Israel is currently the most aggressive warmonger against Iran. The strategic position of Israel in the last year has been significantly weakened by the Arab revolution. Its greatest ally in the region, Egypt and Turkey, turn more and more against this racist apartheid state and the U.S. also withdraws more and more economic and political support (due to its own massive economic problems and military defeats in Iraq and Afghanistan). Israel is trying to regain its lost political position by an aggressive war.

A war against Iran would very likely not end with its occupation. The current military and economic situation of the U.S. and the EU is in a too bad shape and Israel is already having difficulties keeping its own borders under control. What a challenge Iran would be with more than 75 million inhabitants and an area of 1.65 sq km! A bombardment by the air force against the economic lifelines of the country and on various military targets is more likely. The Iranian people are particularly in danger as Israel has threatened several times to use so-called mini-nukes (i.e. smaller nuclear bombs with an explosive force of less than 5 kilotons) against Iran.

If Israel and its supporters in Washington, London, Paris or Berlin really decide to start a war against Iran, then we Bolshevik-communists clearly stand for defense of Iran against imperialist aggression. We have no sympathy for the regime in Tehran. It is a bourgeois-Islamic dictatorship that must be overthrown by a revolution of the workers and peasants. But a victory of imperialism against Iran would strengthen the biggest exploiter of the world and worsen the conditions of the liberation struggle. That is why we fight against every form of interference and oppression of the major imperialist powers against Iran - whether by economic sanctions or by war.

We will explain to the masses: "Despite the fact that the Islamic regime in Tehran is suppressing the workers, peasants and national minorities, they are fighting a just war against those who want to oppress you even more. Every military air craft which is shot down by the Iranian armed forces, is an air craft which cannot be used any more against the people of Tehran, Beirut or the Gaza." We call on the oppressed Arab masses and the workers movement of the West: “Help your Iranian class brothers and sisters, organize "Red Aid" for those who have suffered from these attacks!” If possible, they must also arrange to send weapons for the Iranian Resistance.

In the case of a war mass demonstrations and solidarity strikes in all parts of the world must be organized. We call for the port workers to refuse loading the deadly cargo on NATO supply ships, to prevent these ships from refuelling and replenishing their supplies. The Iranian nation needs our international solidarity! If the imperialists dare to attack Iran with ground troops, we propose to set up International Brigades to support the Iranian Resistance.

In short, everything must be done to ensure that NATO loses such a possible war.

* No sanctions against Iran!

* In the event of war: For the defeat of the U.S., EU and Israel! For the military victory of Iran!

[Note: The CWG position on Iran also opposes the military intervention of China (and its ally Russia) as imperialist rivals of the US for control of Iranian and Central Asian oil and other resources]
Posted by Dave Brown at 5:58 PM