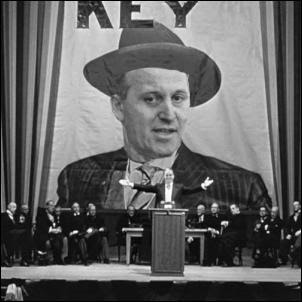 National-ACT: 3 strikes and you’re out!

National ACT is pushing for the adoption of the US 3 strike law to lock up ‘hardened’ criminals. It doesn’t work in the US after 30 years and it won’t work here. This is no more than a sop to the bosses who want to lock up all those who break the law and throw away the key. This is directed at the working class facing a crisis where to survive more will resort to theft against property and persons. But it is capitalism and its crisis that is the cause of rising crime. It is sheer hypocrisy for the ruling boss class to lock up the working class for minor crimes when it gets away with theft of public property to fatten the pockets of its farming and banking cronies. National-ACT is engaged in three major acts of open crime against the working class for the benefit of its rich backers: Auckland Assets (see Article Socialise Tamaki Makarau), Canterbury Water and Conservation Gold.

In the case of Canterbury Water we see the local descendants of the 19th century squattacracy who grabbed thousands of acres, not squatting on water rights. The NACT regime has sacked the Canterbury Regional Council (CRC)in the pretext that is couldn’t fulfil its tasks, when in fact what they wanted was the wholesale granting of water rights to the dairy industry that has expanded rapidly in recent years. David Carter, deputy Minister for Local Government, who has a farm that can benefit from new water rights, and Rodney Hide, Minister of Conservation, both leading the charge to privatise Auckland, decided to do the same sort of blitzkrieg on Canterbury water. Bill English brother who was being taken to court by the CRC for dumping waste will probably avoid conviction.

In the case of Conservation Gold, the government has been talking to the mining industry since 2006 to open up Department of Conservation land to mining. We are not opposed to mining in principle as high tech methods can avoid destroying the ecology. However, we reject the NACT plans for mining as they involve rip-shit cowboys like Aussie mining interests pulling out gold, coal, oil etc with no real economic benefit coming to workers. The NACT regime talks about billions worth of value from mining. This is a vast exaggeration, and the profits that are made will leave the country.. We are for mining in public land only by the state under workers control. We are for the nationalisation of land and all natural resources under workers control with agricultural, mining and other use rights leased and monitored by workers committees.

No to privatisation of water, land, foreshore and seabed and minerals!!!
We say to Rodney Hide and his National-ACT cronies: 3 strikes and you’re out! Smash National-ACT! 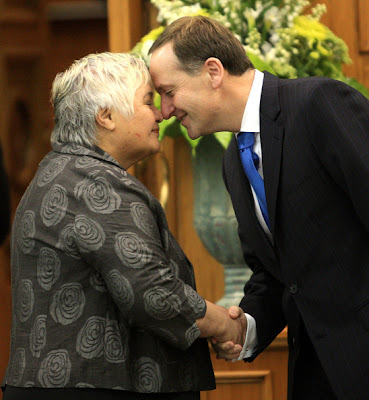 Whanau Ora – Privatising welfare
Maori party leader Tariana Turia has happily announced a new policy which she say will reshape the way social services are delivered in NZ. She is now the minister for Whanau Ora. Translated this means “healthy families”.

The effect of this Maori party lead policy will be more crumbs for the Maori “Trust” bosses of social service providers. The frontline workers will not be paid more. Instead frontline wages will fall overall. Currently in social work, Health and Welfare (CYFS) lead social worker wage rates (perhaps paid a premium for oppressive roles). Trusts (privatised welfare) pay poorly. The Maori party will deliver low wages to frontline family workers and result in cost cutting for their National – Act government and their capitalist masters.

$134.3 million is being thrown into a new national trust to research and implement the government’s Whanau Ora policy. We already know that it is private providers who will deliver the services to families. They will be told to change their business models, train Whanau Ora practitioners and improve their IT systems.

The lessons from the community dumping of disabled and mentally unwell in the 1980s and 1990s are the same lessons being dealt to society today, under the hype of “whanau ora”. Disabled and mentally unwell were thrown out of hospitals and dumped on their families and the workforce became fewer and lesser paid, “community support workers” (who remain at or near minimum wage rates today).

Perhaps the worst thing for Maori is that Turia appears to actually believe the vague and fluffy policy ‘whanau ora’ will result in effective change to families. While capitalist crisis dumps economic costs onto families by the bucket load, Turia will distract the working class from the pain of this with missionary zeal in her oratory. How many Maori will be sucked in by the Whanau Ora hype before the actual reality of under funded social services is understood? 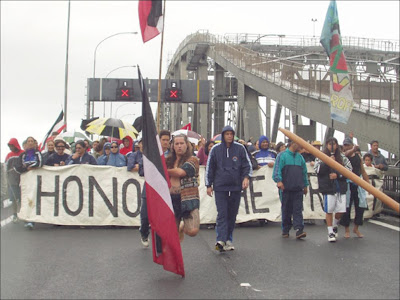 Capitalist development has gone to sea in a new area of expansion: Aquaculture. Marine farming was bringing in (to NZ) just $25 million in 1989. It expanded rapidly to over $200 million in 2000. The vast majority of this income is from the export of green-lip mussels. Overseas demand exceeds supply and is growing. Approximately 28,000 tonnes of mussels were produced from 3000 ha of intensive mussel farms, mostly in the Marlborough Sounds. That is what the foreshore and seabed issue has actually always been about.

Ngati Apa wanted to get in on the burgeoning aquaculture industry in the Marlborough Sounds. While capitalists lined up for aqua farming licences. Ngati Apa waved the Treaty of Waitangi and claimed they already owned the seabed. They successfully got a court to agree that that might be the case. Suddenly the then Labour government put their Foreshore & Seabed law through to hold it in “public” hands. So, the capitalist state effectively took control of capitalist development of the seabed away from Maori.

While part of the Maori party deal with Nat-Act was to repeal the Labour government’s “Foreshore & Seabed” law nothing is going to change under this government. Indeed capitalist exploitation of the resources of the sea has increased under this government. Nat-Act have expanded the use of seabed with mining and drilling exploration rights up for grabs in many areas of the seabed. Nat-Act announced 10 new marine farms giving 3,143 hectares of new marine farming space, including a 2,695 hectare offshore farm, in Pegasus Bay in Canterbury. Fisheries Minister Phil Heatley said, “we need to get more space more quickly”. They want aquaculture to be bringing in a billion a year by 2025 and they will be changing the law to allow just that (in the aquaculture amendment act).

Maori party get the Foreshore and Seabed back for Maori: Get real! 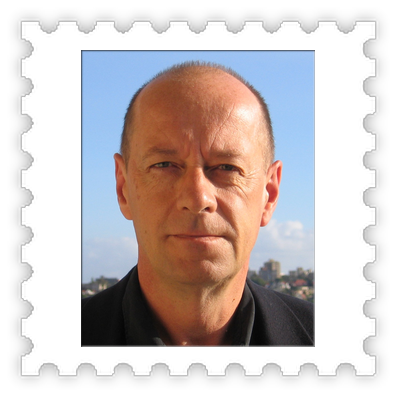 Bennett’s panel of anti-welfare 'experts'
In an informative article on Scoop journalist Gordon Campbell has described as “strange” the composition of a working group Paula Bennett has selected to ‘reform’ the welfare system, but there is nothing strange about it considering the self serving ideological assumptions of her government and it ACT coalition partner. The panel’s composition signifies nothing short of an intention to contract out all social services to Nanny Private Enterprise.

Prominent in the panel’s membership is an assortment of CEOs of trusts already contracted to WINZ. As such they have a direct financial interest in the outcome of their deliberations, and can be expected to propose whatever changes will bring business their way.

Also on the panel are a former ACT Party president, and two overseas academics who have been appointed as ‘expert advisors.’ One of these, Peter Saunders is a former Director of Centre for Independent Studies in Sydney and is described by Campbell as “a nut job… [who] writes fiction as well as right wing opinion pieces for the press in Australia and Britain, even though it can be hard to tell the difference.”

An example of fiction masquerading as fact is Saunders’ opinion that there is “a link between low average intelligence and low class position.” You can check up on Saunders (see photo) website including his reply to the attacks made on him in NZ on his views of ‘class and intelligence’. He makes no attempt to look at class as a factor that influences intelligence.
He makes the common mistake of thinking a correlation is a cause. Class is a much more powerful cause of social position than intelligence. Bourgeois families provide ‘better’ education for their children that show up in higher intelligence scores, and vice versa for unskilled workers. It follows from this false premise that in Aotearoa where there is far stronger evidence of a correlation between class and ethnicity that Maori and Pasifika people are of low intelligence. In other words this ‘expert’ advisor is either ignorant of social realities in this country, or (what seems more likely) he is an out and out racist who is too intellectually dishonest to say so openly.

By selecting Saunders to go on her expert panel Bennett is getting a rightwing academic to justify cuts in welfare to people who are too ‘stupid’ to help themselves and undeserving of the help of others. By privatising provision of welfare market incentives will separate the deserving from the undeserving poor. 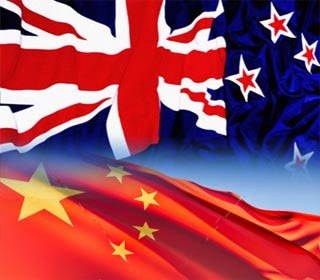 Is China taking over New Zealand?
There is alarm growing that China is about to take over NZ. This concern has been highlighted by the proposed sale of the bankrupt Crafar farms to a Chinese company for $1.5 billion . The Greens say this means that NZ will lose its ‘economic sovereignty’. The Campaign Against Foreign Control of Aotearoa (CAFCA) has spoken out about the dangers of China’s buying up NZ assets.

Yet according to CAFCAs own records China has a long way to go to rival the US and Australian imperialist ownership of NZ assets. NZ is a semi-colony nominally independent but actually economically dominated by the US. But this could change as China’s rapid emergence makes it a major rival to US imperialism. Not only that China has continued to grow rapidly during the global recession and has trillions of surplus capital to invest in hydrocarbons, other minerals and land. China is now the US main rival in Africa, Latin America and Asia and is already a major player in Australia. So what should be our attitude towards China’s increasing role in NZ?

China is no different to other imperialist powers in a time of global crisis when the competition to control scarce raw materials intensifies into military rivalry. They use Free Trade Agreements to take control of raw materials and labour at the expense of its more established rivals. Each has to enlist allies among the rival factions of the national ruling class. US and Australian imperialism are already well represented by the NACT regime but national capitalists are only loyal to their bank balance and can be bought by an economically rampant China. Workers have no interest in choosing sides in these fights. China is no more or less progressive than the US. They are both only interested in making big profits at the expense of cheap resources and low wages. They both suppress democracy and use torture to defend their interests. Our response to imperialist domination of NZ is to fight against all imperialist ownership and control by the socialisation of all assets under workers control.

Fight US and China takeovers with a workers' takeover!

Links to other articles

Socialise Tamaki Makaurau
South Africa: SAMWU strike
We are all Greeks!
US: All out strike against union busting